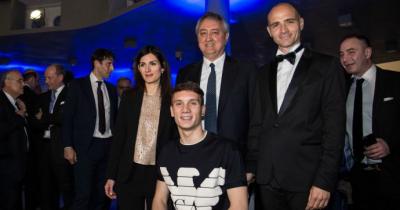 ROME – The Italian Swimming Federation has labeled a non-compete clause in the agreement for Rome to host the 2022 Ryder Cup as “laughable” and “illegitimate,” arguing that organisers of the golfing championship must allow Rome to host other events at the same time, such as the European Swimming Championships, reports Il Fatto Quotidiano.

A clause in the relevant “Host Agreement,” signed by the Ryder Cup organisers and the city authorities, stipulates that the event cannot be held within six months of another “major event,” such as an international competition either in Italy or in Rome.

There had been concerns, voiced in a report by Il Fatto Quotidiano, that the Eternal City’s lucrative hosting arrangement could be threatened by the application to host the European Swimming Championships in the same summer.

But Paolo Barelli, president of the Italian Swimming Federation (FIN) and the European Swimming League, hit back at suggestions that the Ryder Cup could make such demands, labeling the clause “illegitimate” and “laughable.”

“So according to this laughable clause, will Italy renounce the Giro d’Itallia in 2022? Or international swimming and tennis tournaments? Or the Monza Grand Prix? Or the Six Nations Rugby? Or the equestrian competition in the Piazza di Siena? Or the Golden Gala? To mention just some of the most well-known events [and] certainly forgetting others which are equally important.”

"Whoever signed the Ryder contract had no right to make commitments on other events,” he said.

Wondering who was aware of the clause, which threatens Italy’s right to host sport, Barelli said he was certain that this was a “huge misunderstanding.”