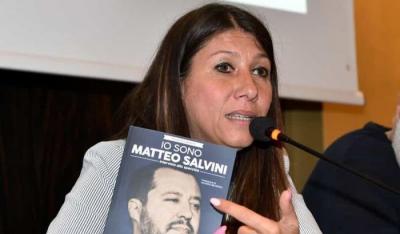 LONDON – After being banned from the Turin Book Fair, neo-fascist publishing house Altaforte has suffered another blow, this time from across the Channel, where a London university has cancelled the presentation of a book profiling Italian Interior Minister Matteo Salvini.

Scheduled to take place at London Metropolitan University on Thursday afternoon (6 p.m. Italian time) the presentation of the book Io Sono Matteo Salvini (I am Matteo Salvini) by Chiara Giannini, fell through just hours before it was due to start, the author told Italian news agency Adnkronos.

A university spokesman told her the decision was made because “the publishing house is at odds with our anti-discrimination policy.”

The explanation did not convince the journalist who instead claims that London Metropolitan University took the decision after learning the book “had been censored in Italy.”

The publisher’s May appearance at the Turin festival – one of Europe’s most prestigious book fairs – was cancelled by festival organisers following threats to boycott the event along with intervention from local politicians.

“Altaforte will submit a claim for damages and I will join this request for compensation,” Ms Giannini said.

“It is a shameful thing and it is the effect of the censorship implemented by the book fair.

“They censor us in Italy and word gets abroad, it is shameful that the presentation of the book-interview with the Interior Minister has been cancelled,” she said.

The boys of the Lega nel Mondo (League in the World) and The Vortex Londinium – a local association of Italian boys associated to neo-fascist political party CasaPound – had organized the book presentation at the London Metropolitan University in her presence and that of publisher Francesco Polacchi, Ms Giannini added.

“Everything seemed fine until two hours ago, when a university manager came to tell us that we can’t present the book because, in accordance with their rules, you can’t present a book that can damage the good name of the university,” she said.

Altaforte has published books on fascism including one co-written by Italian fascist dictator Benito Mussolini.

Director of the publishing house, Francesco Polacchi, is a member of the neo-fascist CasaPound party. He has previously told ANSA news agency, "I'm a Fascist. Antifascism is the real ill of this country.”