Up to 150 migrants drown off Libyan coast 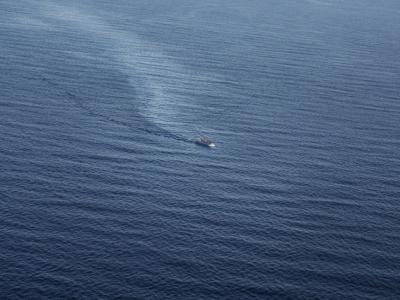 TRIPOLI, Libya – A boat carrying some 300 migrants traveling to Europe capsized off the coast of Libya Thursday, with some 150 believed to have drowned according to a spokesman for the United Nations High Commission for Refugees (UNHCR).

Commissioner for the UNHCR Filippo Grandi has described it as "the worst Mediterranean tragedy of this year," calling for an end to refugee and migrant detention in Libya. It is the incident with the highest loss of life in the Mediterranean in 2019 so far, but hundreds of migrants have drowned making their way to Europe in numerous other incidents. The Libyan coastguard was only able to rescue 134 people, according to Gen Ayoub Kacem.

The disaster comes amid political tensions in Europe, and in particular in Italy, about what the correct way to deal with the ongoing migrant crisis is.

The boat came into difficulty some eight kilometres off the coast near Khoms, a town to the east of Libya’s capital Tripoli. Spotted initially by a fisherman, who alerted the coast guard, rescuers were only able to save around half of those in the sea, who were men, women and children from various African and Middle Eastern countries.

Shipwreck survivors, mainly Eritreans and Sudanese, said the boat capsized after engine failure, according to Italy's International Organisation for Migration (IOM). "Among those feared drowned are women and children," IOM said in a Twitter post.

The estimated casualty numbers come from reports of those who were rescued by the coastguard. Some 70 corpses have been counted at sea, with the rest missing, according to Doctors without Borders, who are providing aid in Khoms.

UNHCR spokesman Charlie Yaxley pointed to concern that the survivors had been taken back to detention centres in Libya, where "there's insufficient food, water, unsanitary conditions... [and] widespread reports of human rights violations taking place.”

Earlier in July, 40 migrants were killed after a detention centre in Tripoli was hit during an air strike. The country has been gripped by civil war since long-time ruler Muammar Gaddafi was deposed and executed in 2011 by militants during the Arab Spring.

Sea Watch, the German NGO at the centre of a row with Interior Minister Matteo Salvini over Italy’s “closed ports” policy to migrant rescue ships, pointed out on Twitter: “At this time, there are at least seven boats in the middle of the ocean which are trying to reach the coast of Europe.”

Italy’s new security and immigration bill, drafted by the League, aims to put an end to NGO rescue missions coming to Italy by punishing them harshly for entering Italian waters. The bill has been passed by President Sergio Mattarella but is currently being debated in parliament. Politicians have 60 days to withdraw it, though this is unlikely to happen.

Government representatives called for a solution to the migrant crisis at a European level.

IOM figures show 686 migrants have lost their lives in the Meditteranean so far this year.