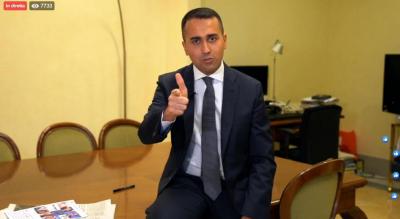 At present, the car tax is paid annually on all cars whether they are used or not. It is calculated using a number of measures like horsepower, fuel type, manufacture year and emissions.

“I want to find the money to allow for citizens who buy a car – which I hope is increasingly ecological – for [the car] to be less taxed,” Di Maio explained. Speaking of “substantial reduction or abolishing it entirely,” he vowed to put together the resources by the end of the year.

President of the Promotor Centre of Studies GIan Primo Quagliano welcomed the news. “If it happens, it will be a measure which for which drivers have waited for very many years, and will certainly be an opportunity to reduce the tax burden on motorization [in Italy] which is at the highest levels in the world,” he said to Il Messaggero.

Quagliano pointed out, moreover, that this could be a good time to make VAT deductible on company cars in line with European standards, something which was promised by Minister of the Interior Matteo Salvini in May.