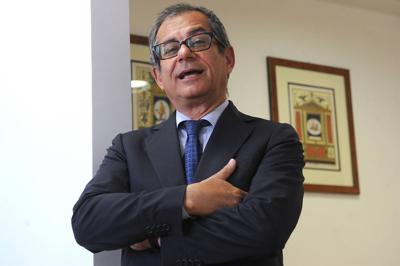 ROME – Italy’s brain drain is costing the economy 14 billion euros a year, according to Economy Minister Giovanni Tria. And it’s not just the poorer southern regions being escaped, the exodus is in fact even greater from the more affluent regions of Lombardy and Emilia Romagna.

Furthermore, those who leave don't come back (even in the face of tax rebates guaranteed by the government), contributing to the well-being and growth of other nations rather than to their home country, which commits more than 4.5 billion per year alone to train its graduates.

The picture is transversal, as shown by the fact that starting from the top of the boot, those leaving are mainly residents in rich cities such as Bolzano or Macerata. Topping the list of brain drain regions are areas that don’t experience high rates of unemployment, such as Lombardy (21.980), Emilia-Romagna (12.912), Veneto (11.132). These are followed by the southern regions of Sicily (10.649) and Apulia (8.816).

But it is telling that even 50-year-olds are moving in their careers or that they choose places where investment in research is strong, like in Germany (20.007 transferred), the United Kingdom (18,517), and France (12,870).

“Not to mention that the bigger economies are moving more like America, where people come to study and decide never to leave.”

It’s been calculated that in Great Britain the influx of young students guarantees the economy around 23 billion euros through tuition fees, rent and expenditure. But the figure is doubled if we consider the GDP, the wealth that these youths create once they gain employment – with their work, their ideas and their patents.

Instead the Italian economy loses, with 55 thousand people under 30, about 14 billion a year, of which three concern the resources of southern universities, reported Svimez – a non-profit promoting the industrialization and economic development of Italy's poorer south. The estimate of 14 billion, which Mr Tria has taken from a study by Confindustria - Italy's employers' federation – takes into account three aspects: the lost tax revenue (about 6.5 billion euros); the cost to train graduates who leave (4.6 billion euros); and the growth that could have been generated by the contribution of those who moved.

On the other side of the coin, half of those who decide to return – a quarter of whom are over 50 years of age – haven’t graduated high school.