Bones examined in search for Orlandi and princesses

Opening one of the tombs. Photo credit: Il Fatto Quotidiano

VATICAN CITY – The contents of two ossuaries will be examined in the ongoing search for the remains of Vatican schoolgirl Emanuela Orlandi, who mysteriously disappeared some 36 years ago. They may contain the bones of the two princesses who were meant to be in the tombs in the Teutonic cemetery opened last week but found empty as officials searched for Orlandi, according to Vatican sources.

The bones, which will be examined on July 20, may provide some answers in a case which has recently raised more questions than it has answered. Contrary to expectations, no human remains were found in the search for clues last Thursday as Vatican officials finally agreed to open two tombs in the Teutonic cemetery.

It is not yet known whether the missing princesses are linked to the Orlandi case, or whether their absence from where they are meant to have been buried is a coincidence.

A further question which needs answering was the evidence of renovation of the tombs in concrete, which could not date to the 18th century, claimed the Orlandi family lawyers.

The Orlandi family lawyer Laura Sgrò and expert consultant Giorgio Portera explained: “There is a room of reinforced concrete under one of the two tombs…Everything suggests that we are dealing with a fairly recent space which is certainly incompatible with a tomb from the 18th century.”

Mr Portera wondered whether the Vatican knew about the removal of the original bodies. If it did, why was the information not shared with the Orlandi family, he wondered.

Emanuela’s brother Pietro Orlandi expressed his shock: “I was ready for everything except to find the tombs empty.” He went on, “It’s incredible. I think we need to go further and I hope for honest collaboration [in this]. Until we find Emanuela, it will be my duty to keep searching.”

The request to open the tombs was made by the family of Ms Orlandi, who disappeared aged 15 in 1983 while returning home from school.  The family lawyer received last summer an anonymous letter which suggested they "seek where the angel indicates," leading to speculation that they should excavate in the small cemetery just in front of Saint Peter’s Basilica.

The Vatican launched an internal probe into the historic case in April. The opening of the tombs was strongly supported by Cardinal Pietro Parolin and ordered by the Vatican’s promoter of justice Gian Piero Milano.

The operation was overseen by officials from the Vatican police force. Giovanni Arcudi, a forensic anthropologist from the Tor Vergata University, had been set to immediately carry out analysis of any remains found and conduct DNA tests on them.

Pietro Orlandi welcomed the Vatican’s change in position on the Orlandi case but pointed to its implications: “By opening these two tombs, the Vatican admits a possibility – all this is to verify whether there could be internal [Vatican] responsibility [for the disappearance]. It is a change of position which admits a possibility until now always denied. Finally, after 36 years, there is concrete and fair collaboration that I really appreciate.”

The Vatican has been eager, on the other hand, to point out that the collaboration is a positive stance to support the truth no matter what, rather than an admission of responsibility. 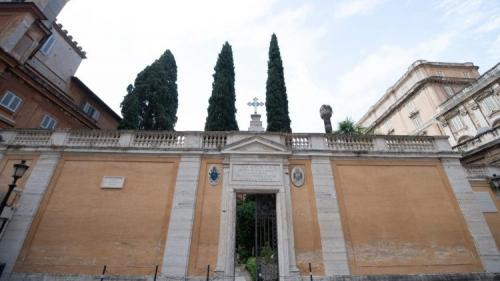