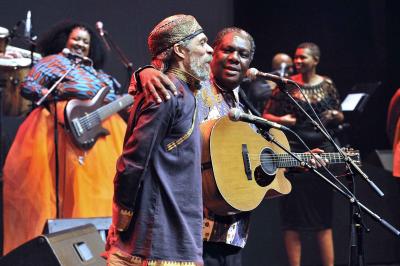 ROME – The “Friendship and Solidarity Tour,” a series of concerts played across Italy, has begun in celebration of the struggle for and attainment of freedom in South Africa. The tour is put on by “The Liberation Project,” a collection of international musicians who want to mark July, the Nelson Mandela Month, and the connections between South African liberation and Cuba, India and Italy respectively.

South Africa marks the 25th anniversary of democracy this year, having thrown of the apartheid regime in 1994, so Mandela Month has a special importance. The Embassy of South Africa in Rome is therefore taking the opportunity to recognise the important historic and cultural links it has with Cuba, Italy and India.

Mandela, who was released from prison in 1990 after 27 years behind bars, was inspired by the Cuban revolution in 1959 led by Fidel Castro, traveling to the island shortly after his release from prison. Cuban forces were instrumental in supporting freedom fighters in the battle of Cuito Canavale in southern Angola, 1988, paving the way for Namibian independence in 1990 and keeping the apartheid South African government at bay.

Reggio-Emilia, on the other hand, lived up to its World War II reputation as a centre of resistance against despotism and signed, in 1977, a pact of solidarity with Oliver Tambo (who escaped South Africa and served as president of the African National Congress in exile). It was a centre of solidary in Europe with the South African cause.

This year marks the 150th anniversary of the birth of Indian freedom leader Mahatma Gandhi. The connection between India and South African is based on the shared ideas and values of Gandhi and Mandela, perhaps the two most symbolic figures of anti-colonial oppression of the last century. Gandhi visited South Africa before returning to India to begin his own pacifist “satyagraha” (devotion to truth).

The concerts will be held between July 9 to 23, in Ferrara, Rimini, Naples, Castelvolturno, Genoa, Collegno, Reggio Emilia, Milan, Bologna, Gubbio, Rome and Fallo. Artitsts will sing African and Cuban freedom songs, and Italian partisan songs, to express solidarity and friendship.