Review: 'The Painting' by Anthony Stevens 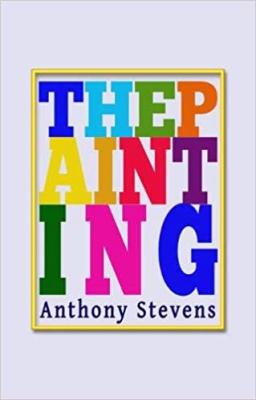 ROME - Shortly before the opening of his retrospective, conceptual artist Matt Stadleigh is found floating in the Thames. Suicide is suspected. His friends, family and close associates gather at a private viewing as at a wake, and gape in astonishment when Stadleigh’s latest and last work is unveiled: a painting of vodka bottles steeped in haze, kept secret until then. Significantly, it is the only painting this conceptual sculptor has ever produced.

Like a black hole lurking in the center of a galaxy, Stadleigh’s masterpiece is a point of dark attraction as each character pauses before it to revisit their memories and connections to the deceased through internal monologue. Their imagined conversations, grudges, aspirations, laughs and regrets are all sucked up into the enigma of Stadleigh’s intentions.

Is this last work a private “message in a bottle” addressed to a specific individual, a suicide note, a statement about time? Is it a “whispered dialogue” with fellow artists or with other works — say Duchamps’ Fountain? Was the artist’s act of suicide intended to complete this conceptual artwork? Was the painting meant to amuse, scandalize, or even frighten the viewer? Where does it fit into his overall production? What does it say about the pressing political and social issues of the day?  How much is it worth?  Is it even art? These are the questions that flow through the minds of the characters in attendance — an old friend,  an ex-tutor, an ex-wife, children, an ex-lover, along with a gallerist, curator, critic and collector. All of them are convinced they knew him well - only to discover, thanks to the painting, that he was a stranger, both grander and more elusive than they realized.

Post-modern literary theory provides an almost invisible frame for this intriguing collection of people at an exhibition who have come to celebrate the life of an artist who has fled the scene at the height of his career. Through their musings and meditations, the author, Anthony Stevens, investigates the rituals, travesties, and intellectual excitement  of the contemporary art scene while teasing the reader into deeper reflections on what it means to make “serious art” in the twenty-first century. In the delightful catalogue of Stadleigh’s works on exhibit provided as an afterword, Stevens presents us with a koan — is art something we look at or something we see? - reminding us that the reception and making of art requires an arresting, thoughtful gaze upon the ceaseless stream of hectic motion we call life - in which we are all “Running to Stand Still” (the title of Stadleigh’s retrospective).

This psychologically sophisticated, witty portrait of the elitist artsy milieu is a rich and satisfying read. The author, a playwright and theatre director, has a particularly fine-tuned ear for dialogue and a strong sense of his characters as physical and emotional types playing off and against each other. We never solve the riddle of the suicide, though a hint is given early in the book in a parable about the ineluctable fate of the successful artist who tries to bail out. Surely, as they leave the gallery, each of the characters will be murmuring to her imagined interlocutor: “What an amazing work of art your absence has been! It has made us think about being and nothingness in an entirely new way.”