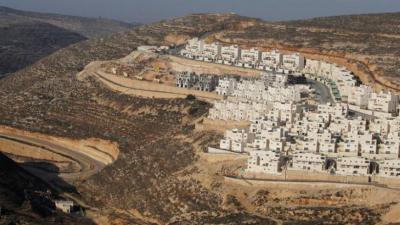 PARIS – The online campaign group SumOfUS has reports that AXA, a French multinational insurance company, invests in banned weapons manufacturers and companies which finance illegal Israeli settlements. The NGO accuses the Paris-based firm of complicity in war crimes, in a new report.

The report, entitled “AXA: Financing War Crimes,” details the financial contributions of the global insurance company to companies which are involved in the illegal Israeli occupation of Palestinian territory and in the production of banned weapons.

AXA has previously denied involvement with companies subjected to international sanctions, but SumOfUs, an online global advocacy group which campaigns against large corporations on a variety of issues, says this is not true. They accuse the French company, along with its affiliate AXA Equitable Holdings, of more than 91 million dollars of investment in weapons manufacturer Elbit Systems and five of the largest Israeli banks, all of which finance Israeli settlements.

These investments may expose AXA to prosecution for a number of crimes, including complicity in human rights violations, and war crimes under both French and international law. For example, under French law “any knowing financial assistance, directly or indirectly, in the production or trading of cluster munitions” is illegal. The use, production and financing of cluster munitions are also banned by the international treaty, the 2008 Convention on Cluster Munitions.

Several NGOs have confirmed that the Israeli banks are involved in the illegal settlements because they provide loans to companies, government or individual projects within occupied territories.

“AXA can no longer continue to sweep the issue under the rug. The legal aspects, the figures, are accessible to all in this report,” said Leyla Larbi, Campaigner at SumOfUs. “The job of an insurer is to protect families, their homes and their property from life’s risks - not to put people and homes at risk themselves.”

AXA, founded in 1816, is a conglomerate which operates globally. According to its 2018 annual report, it had total assets of some 930 billion euros.

SumOfUs was founded in 2011 by Australian-American activist Taren Stinebrickner-Kauffman, 37, and now has members across the world. It has targeted other large corporations like Google, Apple, Zara and Asos.