A rich tapestry of Jewish life in Italy at Uffizi Gallery 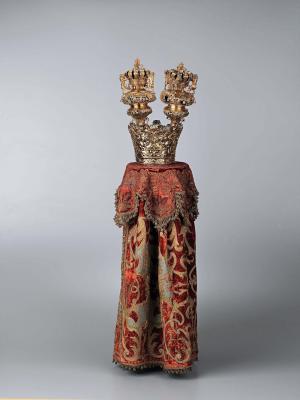 FLORENCE - The history of Italian Jews observed from a new and chromatically kaleidoscopic perspective, that of the art of fabric: it is The Colors of Judaism in Italy, a great exhibition from 27 June to 27 October in the Magliabechi room of the Galleria degli Uffizi in Florence. About 140 works, including tapestries, fabrics, decorations, lace, clothes, paintings and other objects of religious and everyday use present for the first time the history of Italian Jews through one of the least known arts, namely weaving, which in the Jewish world has always played a fundamental role in the embellishment of houses, palaces and places of worship. What emerges is a Judaism attentive to tradition, but also joyful, colorful and full of symbols. It also recognizes the intercultural and international character of Jewish people, above all thanks to the exceptional variety of motifs on fabrics, where color often predominates in an astonishing way.

It starts from ancient times and reaches twentieth century fashion and modern textile entrepreneurship, addressing key themes such as the role of writing as a decorative motif, the use of fabrics in synagogues, embroidery as a secret work and the role of women. Protagonists already in the Bible, even in recent centuries fabrics have the ability to express the soul of Jewish people through absolute masterpieces, often coming from the Near and Far East with which Italian Jews came into contact via family ties and trade: see the spectacular tent (la parokhet), of Ottoman manufacture of the first quarter of the sixteenth century, loaned by the Jewish Museum of Padua.

The various Italian Jewish communities, in osmosis with the surrounding society with which they were confronted, ended up acquiring local artistic languages ​​and expressions: in the textile works coming from Livorno, Pisa, Genoa and Venice, for example, the influence of the Near East is manifested very differently from what we see in the Roman, Florentine or Turinese, which were compared with the taste of the dominant powers in Italy.

In the exhibition path it is possible to admire some very rare pieces, coming from foreign museums and collections, which ideally lead the visitor through the Jewish holidays: among these, the embroidered fragments from the Museum of Fine Arts in Cleveland, the two tents from the Jewish Museum in New York and the Victoria and Albert Museum of London, which together with that of Florence form a triptych of furniture (for the first time brought together) similar in technique and symbology.

An extraordinary and unique 15thcentury niello casket from the Israel Museum in Jerusalem – a kind of ante litteram computer for the use of the hostess – keeps track of the linen that was gradually consumed by the members of the family.

From the clothes - in particular the feminine ones - the precious fabrics were often obtained to create vestments and synagogue furnishings, where it is sometimes possible to identify the lines of the garments and their original use. In the Portrait of the Count Giovanni Battista Vailetti of Fra Galgario, from 1720 (an exceptional loan from the Galleries of the Academy of Venice) the character wears a splendid tailcoat in precious brocade and in the Allegory of the five senses by Sebastiano Ceccarini (1745), for example, the child's dress is of the same fabric as the Ambron map created in Rome in 1791-92.

The embroideries are splendid, some with "talking badges" (the Jews could not receive a noble title) in lavish baroque frames. Real "needle paintings" that shone in the moving lights of candles and torches in a triumph of colored silks, gold and silver threads, are handcrafted by skilled women who, though enclosed within domestic walls, express an astonishing inventiveness and breadth of knowledge.

Among the oldest fabrics on display, dating back to the fifteenth century, are a curtain for the sacred wardrobe coming from the Jewish Museum of Rome, another coming from the Synagogue of Pisa and a cloth of the 'Parato della Badia Fiorentina' which originally covered all the walls of the church for solemn feasts. They are all executed in a chiselled and woven golden velvet pattern in the ‘griccia’ motif - a pomegranate on a wavy stem - which is perhaps the most typical Renaissance textile design in Tuscany.

A surprising discovery is the Aron Ha Qodesh, a sacred cupboard from the oldest synagogue in Pisa. The painted decorations and gilding of the piece of furniture, now rediscovered as an original of the sixteenth century, re-emerged under the countless hands of white paint that had disfigured it.

The thematic sections of the exhibition reach the present day, passing through nineteenth century textile collecting, of which Giulio Franchetti was the greatest exponent, who donated his collection to the Bargello Museum, but also entrepreneurship - in particular that of Prato with the Forti-Bemporad family - and the creativity of some famous designers.

The exhibition ends with an absolute masterpiece: the eight-meter-long lace designed by Lele Luzzati for the Oceanic transatlantic liner. It is a collage of ancient and modern pieces that reproduces the glories and images of the Commedia dell'Arte Italiana, in an unusual medium, which combines ancient craftsmanship with an incredible expressionist force.

As stated by the director of the Uffizi Galleries of Florence Eike Schmidt: “It is a very wide-ranging review on a theme never before faced. The visitor will be surprised by the variety and richness of the exhibits, ranging from solemn liturgical wallpapers to diplomatic gifts, from dresses to embroidery, from portraits to prêt-à-porter and much more: they are the thick, precious plots of the Jewish people in Italy ".

The President of the Foundation for the Jewish Museum of Rome, Alessandra Di Castro, comments: "The Jewish production of fabrics, as well as of silver and other types of decorative arts, is intimately linked to the history of Italian art in a more general dimension; it has been affected over the centuries by changes in the taste of Italian artistic civilization and in turn has determined, influenced them. And for this reason the show is all about and lights up the limelight on a common heritage - incredible in terms of quality and quantity - that must be valued, promoted, protected and above all recounted because it is known in all its richness.”

The Colours of Judaism in Italy 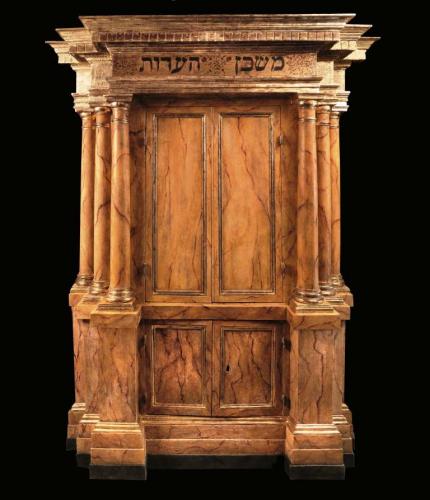 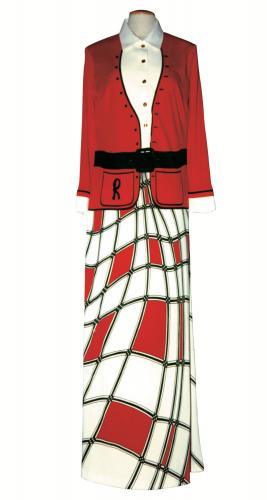