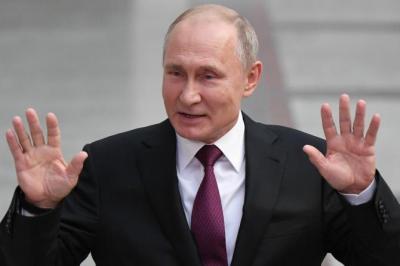 ROME – President Vladimir Putin has arrived in Rome, landing at Fiumicino airport at 12.58 on Thursday. Welcoming the Kremlin Leader at the airport were Italian ambassador to the Russian Federation Pasquale Terracciano, head of the Diplomatic Protocol of the Republic Ingio Lambertini, Adr Managing Director Ugo de Carolis, and a delegation from the Holy See.

President Putin stepped into the luxurious Aurus Senat, an armoured “made in Russia” limousine, making his way to the Vatican in a convoy of around 30 cars.

Arriving fashionably late – one hour – he was greeted by a guard of honour before meeting with Pope Francis for the third time.

The Russian President’s first official visit to Italy in four years will focus on the re-launch of the Italy-Russia dialogue.

Although here for a brief 10-hour visit, the Kremlin leader’s schedule is jam-packed: after the Vatican, he heads to the Quirinale for lunch with President Sergio Mattarella, followed by talks with Prime Minister Giuseppe Conte at 16:15 and then a joint press conference at Palazzo Chigi.

At around 18:30, Mr Putin was to speak at the Italo-Russian Civil Society Dialogue Forum at the Farnesina.

He was to close the day with a working dinner hosted by Italian Prime Minister Giuseppe Conte at Villa Madama.