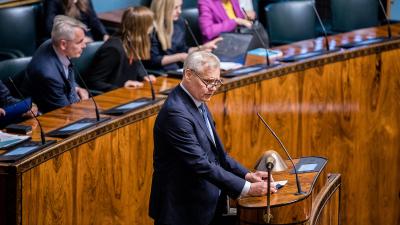 ROME – Finland has disclosed its aims for its six months of European power at the beginning its presidency of the European Union Council, which began on July 1. The Finns want to strengthen common values and the rule of law to make the EU more competitive and socially inclusive, and to bolster the EU’s position as a global leader in climate action to protect comprehensively the security of its citizens.

The European Union faces an increasingly complex and unpredictable global environment: greater competition and assertive unilateralism are on the rise, and the international rules-based system and its norms and principles are being challenged. We have also seen the EU’s common values being called into question. Added to this, one member state is about to leave.

The cornerstones of European integration – peace, security, stability, democracy and prosperity – need to be protected. It is only by acting together and defending its common values that the EU can tackle the major challenges of our time while promoting the wellbeing and prosperity of its citizens.

The EU can prove its worth by creating wellbeing and prosperity that is socially, ecologically and economically sustainable.

Public acceptance of the EU depends on efficient decision-making and the ability to carry out what has been agreed. Europe can only exert global influence if it is strong and effective. Transparency, better regulation, involvement of citizens and respect for the principles of subsidiarity and proportionality are crucial for strengthening trust in the EU.

Finland will be the first presidency to integrate the new priorities of the Strategic Agenda 2019–2024 into the Council’s work.