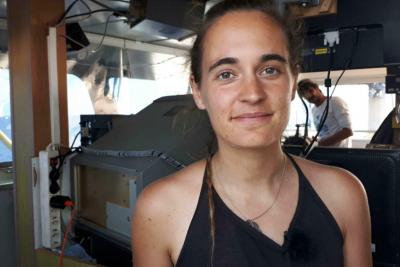 ROME – There is continued uncertainty amid political turmoil over the fate of 43 migrants and crew after the captain of Sea Watch 3, the migrant-rescue ship at sea for over two weeks after it was denied entry into Italy, decided to defy authorities and dock in Lampedusa, reports Il Messaggero. The boat is currently moored outside the harbour.

Political reactions to the decision have been varied. A delegation from the Democratic Party (PD) boarded the boat earlier in the week to meet the migrants and assess the situation. PD president Matteo Orfini explained on Twitter that he and fellow democrat Maurizio Martina have been placed under investigation for their visit.

In a show of solidarity, the mayor of Palermo Leoluca Orlando has offered the crew and staff of Sea Watch honorary citizenship for "saving human lives" in the face of "logic, politics and laws which have little human and civil worth."

Interior Minister Matteo Salvini, on the other hand, previously called the decision to enter Italian waters a “hostile act.” He has repeatedly led the government’s firm “ports closed” stance and argue that the migrants should be taken back to Tripoli. He has also said that the Netherlands should take responsibility since the boat flies a Dutch flag.

Prime Minister Giuseppe Conte held a meeting with Dutch Prime Minister Mark Rutte to discuss the case during the G20 summit, currently being held in Japan. It is not yet known what the result of the discussions is.

The ship’s German captain is 31-year-old Carola Rackete. She is being investigated for aiding illegal immigration and refusing to obey police orders.

Despite warnings from a police boat, the German NGO’s rescue ship carrying 43 migrants refused to change course after entering Italian waters. Police are waiting on the piers of the Sicilian island.

It is unclear what will happen to the ship, the migrants and Captain Rackete. Under Italy’s harsh new Immigration and Security Law, they face the possibility of a 50,000 euro fine, the impounding of the vessel, and possible criminal charges.

It seems that the decision of the European Court of Human Rights (ECHR) to reject an appeal to legally require Italy to allow the migrants ashore forced the NGO to make a decision. Read about that ruling here. It was a decision that Salvini had welcomed.

Captain Rackete explained her decision on Twitter: “I bring castaways to safety. I have decided to enter the port of Lampedusa. I know what the risks are, but the 43 shipwrecked people on board are exhausted. I’m taking them to safety.” She went on, “In 14 days, it was not possible to find any political or legal solution. Europe has abandoned us.”