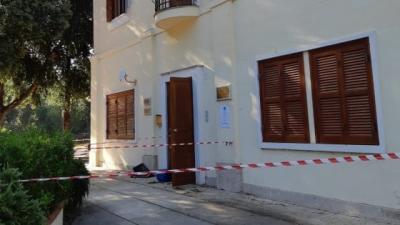 ROME – The rangers of the Circeo National Park were left mysterious and threatening signals, including petrol canisters and a letter, in what appears to be a targeted warning, reports La Repubblica,

The admonitory assemblage was left outside the park carabinieri headquarters on Sunday, but it is not yet known who was responsible.

Three canisters filled with petrol were left and there were signs of a failed attempt to ignite fuel which had been spread around the area. Nearby, an envelope was left addressed to the commander of the police station. It has not yet been opened.

Some have speculated that the checks may be linked to checks along the sea shore within the park. Recently, police have been carrying out more spot-checks on activities on the Sabaudia seafront to prevent illegal activity.

Deputy Prime Minister Luigi Di Maio expressed support for the police. “Today it seems there has been yet another cowardly act against those who every day defend our security, our country and the citizens who live here.”

He continued, in his post of Facebook: “Those who should be afraid are the individuals who stand against decent citizens, against the territories and against our country.”

Checks were carried out by the province's Weapons Investigative Unit. Its director Paolo Cassola said: “The premises are currently uninhabitable. Investigations are ongoing.”