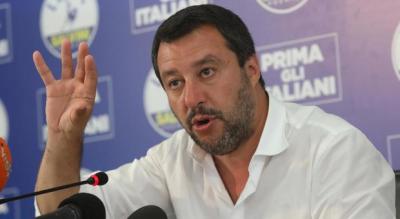 ROME – Deputy Prime Minister Matteo Salvini has blamed the dean of La Sapienza University for the death of one of its students at an illegal rave. “Why did the dean of Sapienza allow illegal behaviour and not do anything?” asked Salvini, according to Il Messaggero.

“The responsibility for this death is with those who have allowed this illegality for too long, from classroom occupations to unauthorised parties with the use and abuse of alcohol and other substances,” he went on.

Francesco Ginese, 26, severed an artery in his thigh when climbing over a wall into the “Notte Bianca” rave on Friday night, held yearly at Rome’s top university and attended by thousands of young people. Despite efforts to save the Foggia native, including a blood donation campaign led by fellow students, Mr Ginese died on Sunday at the university hospital.

Salvini continued: “It is unacceptable to die at 26 years of age trying to attend an illegal concert within a public university like Sapienza.” He pointed out that he had addressed the issue of raves on June 13 at a committee meeting in Rome. “Now that someone has died, the dean must respond.”

“I will talk to my colleague [minister for justice Alfonso] Bonafede…I expect that the law and the right to study will be restored for all, with the liberation of any space illegally occupied and the suspension of any illegal activity. Fun must end with respect for the thousands of students and professors who go to university to learn and to work.”