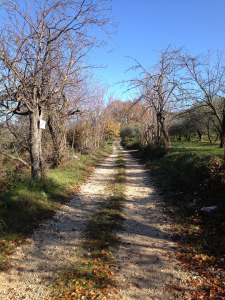 ROME – A 35-year-old man who has been arrested by local police sheds revealing light on a prostitution racket just outside the capital. In his testimony, he reported that  prostitutes who work on the Via Salaria must give half their earnings to a “pimp,” while the cost of “renting” a place on the road is a round 100 euros per week, reported Roma Today.

The prostitutes are all from Eastern Europe, and suffer beatings, death threats and insults if they refuse to comply with the set-up. Their families abroad may also be targeted.

Members of the Roma Capitale local police force arrested Wednesday the individual from Romania after a two-year investigation into the illegal and exploitative business. He is accused of profiting from, and maintaining, this regime, and of violence and exploitation of the vulnerable women, many of them his compatriots.

The Via Salaria was originally a Roman road which ran from Rome’s Porta Salaria to the Adriatic coast. It was originally used to transport salt (hence the name, from the Latin word sal, ‘salt’). Prostitution in ancient Rome was legal, but often considered shameful. Plus ça change…