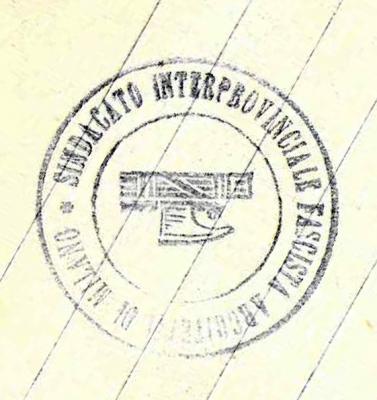 The stamp of the Fascist Union of Architects in Milan

MILAN – The Order of Architects will commemorate fellow Jewish architects whose names were struck from professional registers in 1939. An evening of remembrance, and warning, will be held on June 27, some 80 years after the event.

Jewish architects were frequently forbidden from working under the fascist regime, as in Milan. Following correspondence between the president of the Civil and Penal Tribunal of Milan and the Fascist union of Milanese Architects, some 12 Jewish colleagues had their right to practice taken away.

Their names were given to the courts on March 1 1939. All were forced into hiding or to leave the country. Some returned to work after the war, while others were never traced.

Next month’s event will combine testimonies, including letters and relevant passages, with remembering the victims through photographs and music. In addition to today’s architects of Milan, in attendance will be relatives, friends and scholars of the original, persecuted Jewish architects.

The event, “Architetti e memoria: l’Ordine ricorda le leggi razziali,” will be held at the Ordine Architetti on Via Solferino 17-19, Milan. Entry is free though capacity is limited. Register in advance here. 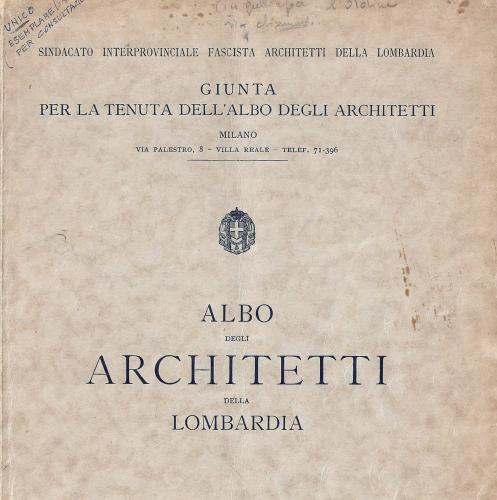 The register of architects in Milan, from which Jewish workers were struck in 1939
ITALIAN
Italy