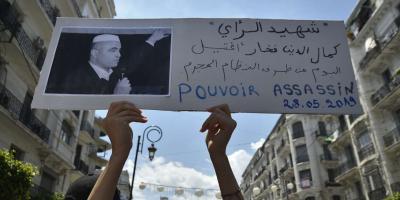 Arrested last March for “undermining state security,” he was put in pre-trial custody in the southern city of Ghardaïa, where much of Algeria's Mozabite minority lives. To denounce his abusive incarceration he went on a two-month hunger-strike.  After slipping into a coma, he was transferred to a hospital in Blida (west of Algiers).

The irony of ironies is that his death occurred in a hospital named after Frantz Fanon – the theoretician of the Algerian Revolution.

Dr. Fekhar’s “crime” is that he has always criticized the regime’s segregationist attitudes vis-à-vis the Mozabite Berber/Ibadhi Muslim community in Ghardaïa and where clashes between Chamba Arabs and Mozabite Berbers flared up in 2013.

He was first arrested in the aftermath of the Ghardaïa events in 2015. Held in pre-trial detention for almost two years, he was finally released in 2017 after he went on hunger strike for several weeks.

This unending judicial harassment and detention of Dr. Fekhar gives an impression of déjà-vu.

In the last two years, two people have died in prison for being critical vis-à-vis the Algerian regime. Mohamed Tamalt, 42, a British-Algerian reporter died in similar circumstances in 2016 while serving a two-year jail term for “offending” then Algeria's ailing president Abdelaziz Bouteflika. Mohamed Tamalt's lawyer said he had lapsed into a coma after going on a three-month hunger strike.

Despite calls from NGOs, political parties and human rights activists, to date no significant investigation has been conducted by the authorities to shed light on the exact circumstances of his death.

Scores of other activists and ordinary citizens have also suffered the same fate. Retired General Benhadid is under arrest for the second time, and he may kick the bucket if no measure is taken by the executive or judicial authorities.

Several days after Dr. Fekhar’s funeral, there has been no official reaction to the activist's death. And the Algerian authorities have still not revealed the identity of those responsible for this horrible crime that has sullied the image of Algeria around the world.

His legal representative, Salah Dabouz, said his client was subjected to cruel treatment and neglect while in a two-square meter cell and he would lodge a complaint against the authorities.

Amnesty International appealed to the Algerian government to look into his death and “immediately review the repressive policies and the shameful treatment of activists and protesters.” The rights group added that Algerian authorities must not hinder freedom of expression and peaceful demonstrations.

Last Friday protesters in Algiers and other major cities carried placards in memory of Dr. Fekhar. One such poster said he had been murdered by “le pouvoir” - a term used to refer to the regime connected to the 1962 post-independence system in Algeria.

It should be noted that the tragic death of Dr. Fekhar is a significant reminder that the ongoing uprising and the prevailing popular effervescence in the country have not had any bearing on the regime’s repressive and implacable nature.

Ever since the peaceful throngs of people who have taken to the streets since February 22, calling for a complete dismantling of the authoritarian, mafia-esque regime, it is clear that the military are slowing the shift to democracy. And tensions are running high as demonstrators and Mr Gaid Salah, the Army Chief of Staff, are pulling in opposing directions.

Using a myriad of stratagems to save time and hoping that the popular insurrection would eventually wear out, the Army Chief of Staff has repeatedly proclaimed the willingness of the armed forces to be tied in with the demonstrators’ demands.

However, such claims contrast with the number of obstacles to thwart the rallies in Algiers and other major cities which have been getting increasingly larger each Friday. The authorities have so far tried to implement a sort of containment strategy around major cities to keep at bay potential protesters. And within cities, they use the same maneuver to dissuade demonstrators. Protesters consider Mr Gaid Salah’s unfounded insistence on organizing a presidential election in this context as a maneuver to appoint a new malleable president and limit the extent of change.

It is everybody’s secret that the army is the nucleus of the Algerian regime, and its determination to abide by the constitution is no surprise. But the tragic death of Dr. Fekhar poses critical questions about personal and collective freedoms that the authorities have to tackle seriously.

With an infallible determination, Dr. Fekhar was willing to die for his ideas. “I'd rather die like a man, than live like a submissivecoward,” he said the day he was released from prison in 2017, after spending two years behind the bars of the sinister prison of Berrouaghia .

Dr. Abdelkader Cheref is an Algerian independent scholar based in the United States. 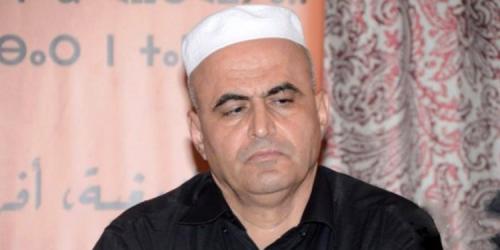