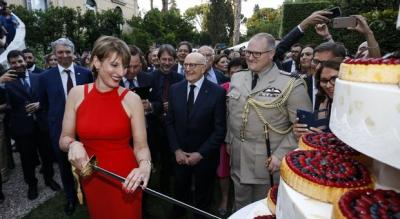 Gill Morris cut the cake with an ancient sword

The headline of the embassy's festa, which is the second of three such parties, was “So that Brexit does not separate us.” Among those in attendance was Deputy Prime Minister Matteo Salvini, who arrived with Francesca Verdini at the event that many will see as an attempt to counteract possible post-Brexit isolation.

The party was advertised as the “only real Roman garden party” and took place in the gardens and halls of the nineteenth century palace, which is home to British ambassador Gill Morris. Among the many projects to entertain guests was an iconic red double-decker bus and black cab from London. There was also music, not least from the Royal Welsh Band, and art from Lello Esposito.

A major focus of the evening was on trade and commercial relations, as well as to highlight the work done by voluntary organisations such as Differenza Donna, Associazione Penelope, Le Macere and SOS Children’s Villages International. 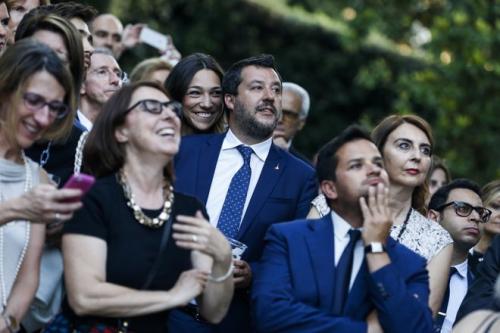 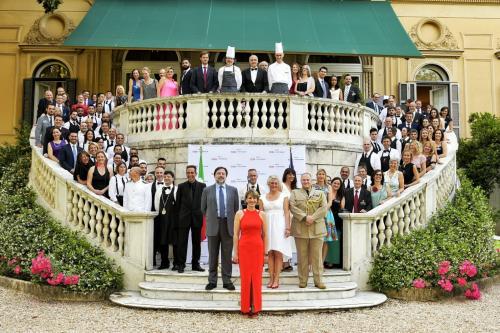