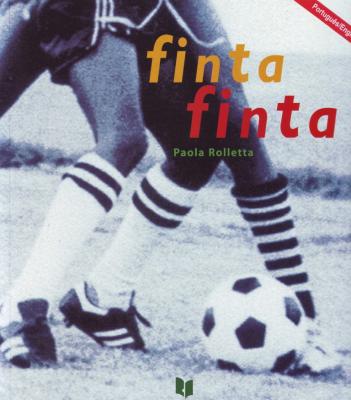 ROME -- Paola Rolletta uses the sky and the Earth as metaphors for football pitches. The sky, because it is the ambition of every child who plays football, and the Earth, because even with no shoes and a tattered football each one of the 31 Mozambican footballers in her book Finta Finta are able to dribble. They dribble with history, with hunger, with success, but also with racism.

This is well expressed by Mozambican writer João Paulo Borges Coelho in his poetic preface to the book. He refers to the giant that sees planet Earth like a tattered football, transfixed by its spherical form. In the same way, each one of us would also like to feel big and see the world as a tattered football.

Nevertheless, the meaning of ‘Finta Finta’ is to play football and, like the game, it shows that life is never linear. Ms Rolletta also has the ability to tell the story of a country - of Mozambique - from Colonialism to Independence, from the War of Liberation to the Civil War, from Marxism-Leninism to untamed capitalism.

When Roletta mentions Mario Wilson, the defender who became a trainer, she takes the opportunity to say that: “In Mozambique, sport contributed to the advance of the struggle against racism in the colonial period. In fact, it was the only field where the pretence of integration actually worked.” Meanwhile, she remembers that: “We Africans of colour, even though I was of an agreeable stature, we were segregated, they put us to one side violently.”

But how could you forget the great Eusébio, the world-renowned top-goalscorer striker with a talent as great as Pelé? His origins were humble, but his talent represents a richness that dumbfounded Portugal, the country that wanted to make him one of their own. “The story of  Eusébio is paradigmatic, and may be interpreted as a “theft” from African football or as the “recognition” of the value of African footballers in Europe and in the world” writes Ms Roletta.

Like Hilario, Eusébio is a symbol of the importance of Mozambican sport. “Hilario recalls how racism, although well camouflaged, was still clear, in Mozambique too in those years. And he also recalls how it was the African colonies who helped Portugal free itself from dictatorship. And how Africans, at low cost and with great success, nourished Portughese football.”

The great strikers are not the only ones that made Mozambican football history. The goalkeeper Brassard deserves a place on the Olympus of football. His agility, and ability to jump high, which came to him from practicing basketball, were unparalleled. His family background is multicoloured, “a mosaic of colours and races which represent Mozambique very well” comments Ms Rolletta.

Ms Rolletta’s book does not worship nostalgia or a “saudade” longing for the past. In the modern world, we talk of the present and the future. One example of this is Tico Tico, a fabulous striker with a natural talent for mastering the ball. From a poor family, but rich in talent, he embodies the grit that you need to transform football from a mere dream to a fulfilment. The legend of the giant that looks down on planet Earth.