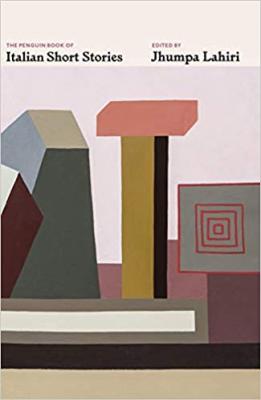 ROME - Born in London of a Bengali Indian parents, Jhumpa Lahiri is an esteemed novelist who teaches translation and creative writing at Princeton University. But she lived for three years in Italy and returns frequently. She decided to read only in Italian and became enamoured of its literature and language. She has even written a novel in Italian.

Now she has edited a substantial collection of 40 Italian short stories which range from Giovanni Verga (1889- 1922) to 21st century writers, but none who are living. Nineteen of the stories have not been published before in English, some others have been retranslated. Lahiri translated nine herself, wrote a helpful introduction plus concise notes on each author. The apparatus is thorough including a chronological table listing the details of the authors’ private lives alongside the contemporary public events.

I was pleased at the inclusion of Tommaso Londolfi’s “Gogol’s Wife” – she is an inflatable rubber woman - as this story was one reason I became interested in Italian writing while at university. Fantastic stories are frequent in this anthology and often concern animals. Italo Calvino’s Mr. Palomar converses with a tortoise in what is more a philosophical meditation than a story; Primo Levi’s narrator keeps a centaur on his farm while Giuseppe di Lampedusa recounts a meeting with a siren.

There are also meetings with real animals: the relationship between a lonely farmer and a timid but curious hind in the Sardinia of the Nobel Prize winner Grazia Deledda, and an adolescent boy who has a pet hen as did the author Umberto Saba one of Italy’s major poets.

Many of the stories concern fraught male-female relationships which lack the elasticity often associated with them in Italy.

What criteria guided the selection? Lahiri explains that she chose her favourite stories and those recommended by Italian friends which resulted in a “portrait of Italy”.  It does so, but a lot is left out, for instance there is no reference to the blood-stained fight against terrorism in the 1970s.

There is a rich menu, ranging from well-known figures such as Italo Svevo, Luigi Pirandello and Alberto Moravia to virtual unknowns and, stylistically, from the rich prose of Elsa Morante to the stark simplicity of Natalia Ginzberg. Antonio Tabucchi contributes a time-warp story. Tabucchi, a Tuscan writer, ‘did a Lahiri’: he translated from Portuguese then wrote books in that language. In his story, from his Italian period, he may have been influenced by the film ‘Picnic at Hanging Rock’; when he came to a Melbourne Conference years ago, he whizzed off to see Hanging Rock country. His story is not as successful as the film.

It is regrettable that no space was found for Giorgio Bassani, a master of short fiction, and that incisive Leonardo Sciascia is represented by what is merely a tall story. This may have been included to add some humour which is scarce elsewhere except for Ennio Flaiano’s story of a Martian landing in Rome. At first he is the object of overwhelming media attention but ends up being the target of raspberries.

The translations seem to catch nuances but, to my mind, there are a few glitches as occurs at the end of one of the best stories Alba de Céspedes ‘Invitation to Dinner’. Set in Rome immediately after the Second World War, it concerns a well-off couple who, although not unscathed by the war, are aware that they are much luckier than many others. Their only major worry is that they have lost all contact with the husband’s brother in north Italy.

However, he is found and a kindly English army captain drives him to Rome.

The foursome have a celebratory domestic meal in which the couple display their finery.  All go swimmingly and the Englishman feels among friends. As a result, he opens up about Italy needing to wait before it will be accepted by other nations.  The female narrator says nothing but is seething with anger because she is conscious of the wartime suffering undergone by their anti-Fascist friends and a large proportion of the population as well as of Italy’s cultural contribution to the world.

The guest departs and she says to her husband and brother-in-law ‘Goodnight, guys.’  For me “guys” introduces a jarring American twang into what was a misunderstanding between Europeans. Such discords are rare as are the sub-editing errors in what is an excellent anthology.