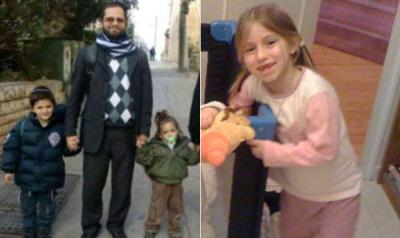 ROME-- The Vatican has publicly condemned the tragic killing of children and teachers in a shooting outside a Jewish school in Toulouse, France.

Four people were shot and killed on Monday morning outside Ozar Hatorah School, including three children and a teacher. A teenage boy was also seriously injured.

Chief Vatican spokesman, Father Federico Lombardi, called the incident "a horrible and shameful act" that invokes "profound indignation and confusion and the most resolute condemnation and execration, especially for the young age and the innocence of the victims and because the place of attack is a peaceful Jewish school."

French police say one of the guns used by the killer is the same as one that used in another recent shooting which killed three North African soldiers in nearby Montauban. The scooter on which the attacker fled has also been linked to the previous shooting.

Guards have reportedly been posted outside all faith-based schools in the region, as well as all Jewish and Muslim religious buildings.

All French presidential candidates have suspended their election campaigning activities. President Nicolas Sarkozy said his campaign would remain suspended until Wednesday at the earliest, when he is due to attend the soldiers' funerals.