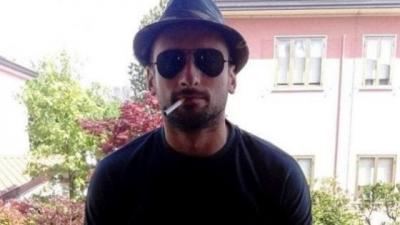 ROME – Alessandro Sandrini who was captured in 2016 has been free by the al-Qaeda linked Syrian Salvation Government in the northeastern Idlib area of the country, according to La Repubblica.

Sandrini was captured on the border between Syria and Turkey. His father Fianfranco Sandrini said Wednesday: “My son is free. He is in Syria but in the hands of our security forces. I am delighted. It is the end of a nightmare. Now, I’m going to Rome and I hope to be able to speak to him on the phone tonight.”

It is not yet entirely clear how he was freed, or whether the Turkish government was involved. There has been no confirmation yet that a ransom was paid.

His release was announced initially by the Salvation Government, a de facto opposition group within Syria, at a press conference in Bab al-Hawa, a town on the border of Turkey and Syria. The Minister for the Interior for the group said the police had acted on information about a hostage who had been taken by a criminal gang. They then negotiated his release and contacted the Italian government to hand him over.

Prime Minister Giuseppe Conte’s office confirmed: “Our compatriot Alessando Sandrini was freed at the end of a joint operation, conducted abroad, in a coordinated and synergistic effort by the Italian intelligence, the police, and the MFA crisis unit.”

Sandrini, 33, is from Folzano, Brescia. He went missing on October 3 2016, having told his family he was going on holiday. Instead, he flew via Istanbul to Adana, a town in Turkey near the Syrian border, just 180km from Aleppo. Soon afterwards he disappeared, and it wasn’t until a year later that he contacted his family to inform them that he had been taken hostage.

The Syrian Salvation Government, based in the Idlib Governate which borders Turkey, was formed at the end of 2017. It is one of many opposition governments in Syria, and is seen as illegitimate by the Syrian Interim Government, the principal political body which opposes the government President Bashar al-Assad in Damascus. It has close linked the Tahrir al-Sham (HTS), formerly known as the al-Nusra Front, a jihadist militant group which controls much of northwestern Syria. It has been accused of being al-Qaeda's Syrian branch, though this is a link the group has denied.