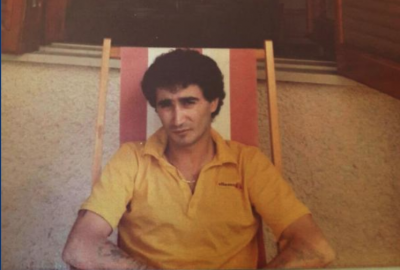 ROME - Years of crime, violence, and gang power have been laid bare in an explosive new book in which the former boss of Rome’s infamous Banda della Magliana exposes life at the heart of the Eternal City’s criminal underworld.

With gang links to Cosa Nostra, Camorra, ‘Ndrangheta, and counterparts abroad, Maurizio Abbatino’s confessions of a life of crime, as compiled by Raffaella Fanelli in “La verità del Freddo”, are undoubtedly set to open the lid on a little known, much darker side to Rome in the so-called anni di piombo (the “years of lead”).

Abbatino, who was known as Crispino because of his curly black hair, grew up in Rome and founded the Banda as a young man, merging his small gang with rivals Franco Giuseppucci (known as Er Negro) and Enrico De Pedis. He was a leader through the years when the Banda della Magliana came to rule the streets of Rome, gaining notoriety for a vicious war with the Proietti clan in revenge for the murder of Giuseppucci.

The gang was active throughout the turbulent years of the 1970s and 80s and became infamous for its suspected involvement in the murder of a journalist, the kidnap and subsequent murder of former Prime Minister Aldo Moro in 1978, the Bologna Massacre in 1980, and possible links to the kidnap of Emanuela Orlandi in 1983.

By the late 80s, though, Abbatino faced challenges from the authorities, as well as significant internal divisions. He fled to Venezuela in 1986 where he lived for five years, but was eventually arrested, becoming a ‘pentito’ (an informer) in the course of his subsequent prosecution.

He is one of the few surviving members of the original Banda della Magliana, having been given a new identity at the trial which brought low the organisation in 1995. This new book is therefore both a vital record of the gang’s activity and a fascinating account of some of the most shocking episodes in Italy’s chequered past.

Fanelli however, presenting her work at the Foreign Press Association in Rome, was quick to point out that these events are still pertinent today and cannot simply be relegated to the history books. The consequences of the Banda della Magliana’s actions continue to have an unsettling impact on present day Italian society.

This was illustrated by the testimony of Andrea Pecorelli, the son of murdered maverick journalist Carmine Pecorelli, victim of one of the most notorious episodes in the Banda della Magliana’s history.

Pecorelli, who was famed for his unprecedented network of contacts that led him to investigate and uncover a long list of political scandals, was shot dead in his car on March 20, 1979. The bullets used to assassinate him were a rare variety known to have been used by the Banda della Magliana, and prominent members of the group were quickly thrown in the spotlight.

Giulio Andreotti, prime minister at the time, was also named in the investigations as the mastermind behind the operation. Andreotti, informants said, feared that Pecorelli had information that would sink his political career and consequently acted before such documents could be published. Andreotti was initially acquitted of the felony, but later sentenced in 2002 for playing a part in the murder. However, less than a year later, the sentence was thrown out by the Supreme Court.

The case has subsequently lost momentum, and Andrea Pecorelli spoke of a “Pandora’s box” that has yet to be opened by Italian authorities and society for fear of what might be found inside, alluding to the  mystery that still shrouds the investigations.

Andrea struggled to discuss the event for almost 40 years. However, with the help of Fanelli’s work, he believes that it is now time to reopen the investigation and tackle Rome’s criminal past.

This was a sentiment echoed by Roberto Giansanti, who also hailed Fanelli’s landmark publication as a way to tackle Rome’s uncomfortable legacy.

The issue with the Magliana, he explained, is that it has become mythologised. “The members [of the gang] have become part of the collective imagination and are almost seen as heroes, albeit negative ones, and men without fear.” Giansanti, though, said this was far from his own experience with individual gang members, alluding to the 1977 ordeal in which he was kidnapped and held hostage for 55 days by the  Banda della Magliana.

He went on to add that Fanelli’s work would help redress this misconstrued conception and inform a wider part of society about the unpalatable truth behind the Banda della Magliana, an organisation whose power was boosted by the secret collusion of representatives of the state. 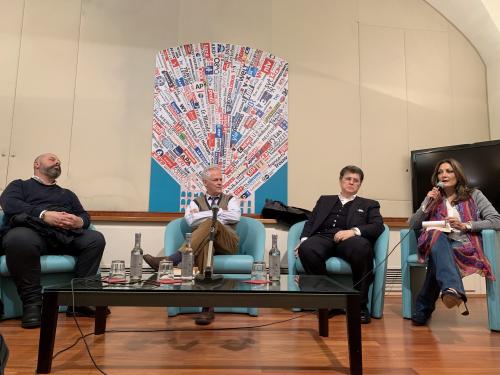 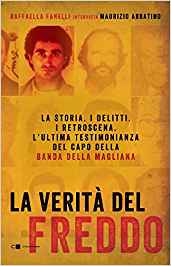