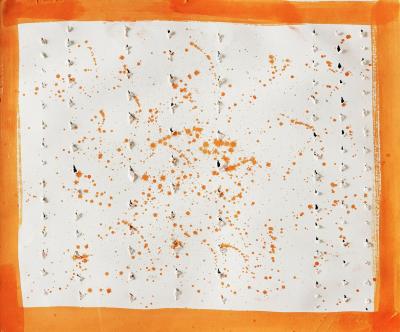 LONDON – An exhibition at the Opera Gallery in London is bringing Spatialist art to London at a time when it is more popular than ever before. Spaziale! The Italian Spatialism and its legacy displays the work of some of the most celebrated and recognised Italian artists of the last century, including Lucio Fontana, Turi Simeti, Agostino Bonalumi and Enrico Castellani.

The current popular and commercial enthusiasm for Fontana’s work reflects a wider interest in Italian artists and Spatialism, especially in the United Kingdom. According to Artprice, 63% of Fontana’s collectors are based in the UK, and the price of his work has risen by 40 percent in the last two years. In 2015, his Concetto Spaziale, Attese (1965) set the record for a so-called slash painting (where the canvas is cut, a Fontana trademark), selling for £8.4 million at Sotheby's.

Spatialism fits into a story of Italian art in the 20th century which reflected the search for an identity as Italy developed into an industrial economy, modernising and in some senses leaving behind its long and well-known history. Many of the schools of thought wrestled with the legacy of Italy’s past, with her new place in a globalised world.

Federica Beretta, director of the Opera Gallery, explained the trend to the Italian Insider: “The prerequisites for any boom in the arts are aesthetics on the one hand, and availability on the other. The artistic quality of the works of Fontana, Bonalumi, Simeti, Agostini and Manos are unquestionable, as they were all pioneers in their experimental, process-driven practice, with a very strong aesthetics.”

“What has changed in recent years is availability, with more works from a bigger pool of Spatialist artists becoming available, both in London-based galleries and in prestigious institutions, including the Metropolitan Museum of New York and the Guggenheim Museum in Bilbao.”

According the Beretta, this is a pattern reflected in the contemporary appetite for post-war Italian art more generally, which has grown “as a response to the increased availability and in appreciation for its minimalistic aesthetics.”

For many, the exhibition will be an exciting opportunity to see the work of Fontana, who was responsible for “founding” the Spatialist tradition. Born in Argentina to Italian migrants, he returned to Italy as a young man and founded the movement in 1947. In doing so, he declared his desire to create a new form of art which rejected the traditional spatial limitations of art works, such as easel painting.

Occasionally vague in his ideas, he was nevertheless responsible for a novel approach to art which explored how colour, sound and movement could be combined into a fresh experience of art. It was to have an enduring impact on subsequent contemporary art in Italy and further afield.

But while Fontana may be the best known of the artists in the exhibition, Spatialism was a rich tradition and the event will showcase some slightly lesser known artists to a London and international audience.

Pino Manos, whose work is also exhibited, is one of the last living “spatialist” artists. Born in Sassari, Sardinia, in 1930, he moved to Milan and has spent most of his life living and working there. He pioneered art therapy in the 1980s, with positive results for people with disabilities and drug addiction, and his wok is now collected worldwide, including three pieces in the Nelson Rockefeller Collection in New York.

Following a vernissage at the Italian embassy, which is a partner in the project, the exhibition runs at the Opera Gallery in Mayfair from May 17 to 29. 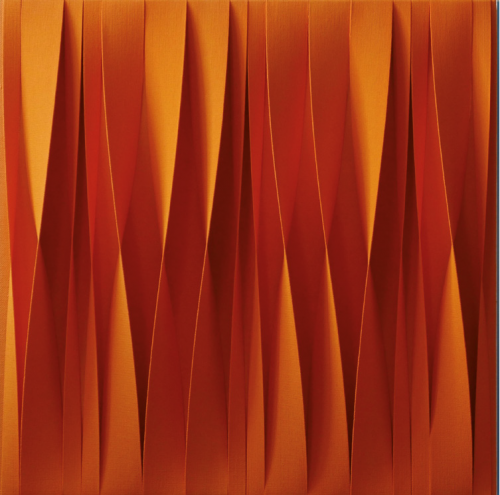