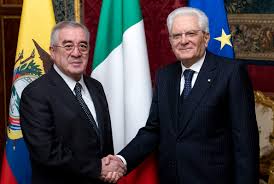 ROME - Dr Nelson Robelly Lozada, the Ecuadorian ambassador to Italy, warned that greater dialogue and humanity are needed if the international community are to transcend politics and conflicts and achieve greater world peace.

Speaking in Rome at an event hosted by MediaTrends, an independent observatory focussing on the collaboration between Europe and the Americas, to celebrate the World Day for Cultural Diversity for Dialogue and Development, Dr Lozada hailed the importance of forums and general discussions as a means of overcoming cultural differences that he posited currently create too tangible a division between people.

Basic humanity, rather than politics and conflicting ideologies, he argued, is of utmost importance. Elucidating his point with the example of his native Ecuador, which “has passed from communism to socialism to liberalism to capitalism and back again,” Dr Lozada stressed that transient opinions can be overcome if the desire to do so exists.

He subsequently drew a parallel to the move towards gender equality that has taken foot in recent years. The issue boils down to a fundamental question of humanity, he argued, although a slip into chastising feminists for protesting pervasive inequality seemed to indicate he could have taken his own words a bit more seriously.

Dr Lozada framed his discussion with respect to the renewed diplomatic relations between Ecuador and Italy which will be heralded when the two heads of state meet in July. The event, he hopes, is an indicator of a more open, inclusive world to come. 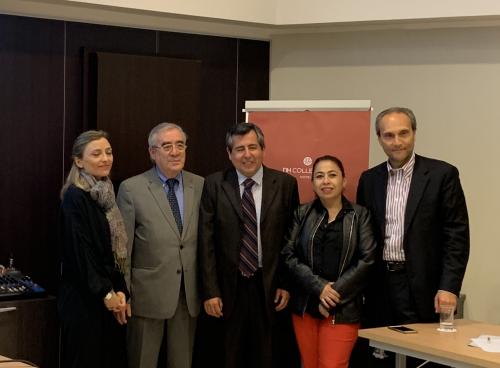