Peloton rolls into Bologna as Nibali eyes up Giro crown 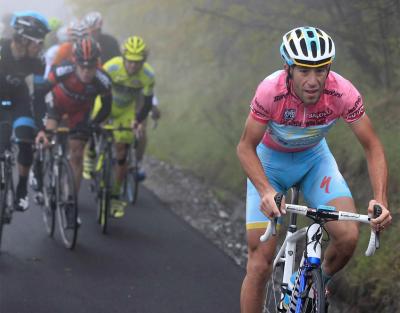 Italian fan favourite Vincenzo Nibali has won the Giro on two previous occasions and will be gunning for a third crown. Photo credit: Linea Oro Sport

ROME - The cycling world may have left April behind caked in mud, windswept, and with a sore undercarriage after a month of racing over France and Belgium’s notorious cobbled roads, but the peloton’s hard days in the saddle are only just beginning.

The Spring Classics, a month of gruelling one day races that pit riders against one another over routes up to 291 kilometres in length, drew to a close in emphatic fashion, but cycling’s elite have many more hours of suffering to come.

The next challenge for a chosen few? The latest instalment of the Giro d’Italia.

The 102nd edition of the famed Italian Grand Tour will see 176 riders cycle 3,518.50 kilometres, including three individual time trials and six stages in the high mountain, in just 21 days in the hope of donning the prestigious leader’s maglia rosa.

Defending champion Chris Froome is set to miss this year’s race, having chosen instead to focus on the Tour de France this summer in the hope of wrestling the prestigious crown off defending champion and teammate Geraint Thomas and win his fifth maillot jaune.

Froome became one of the very select few elite riders to have won all three Grand Tours when he took the Giro d’Italia crown last Spring. Despite a string of crashes in the opening stages and heading into the third and final week with a deficit of almost five minutes to leader Simon Yates, Froome produced one of the most remarkable rides in recent history to take the race lead with only two stages remaining.

The Brit looked in imperious form during the opening hours of the ‘queen stage’ of last year’s Giro, and launched a stunning solo attack, a performance reminiscent of cycling great Eddy Merckx, with over 80 kilometres left to ride and holding off the peloton for the remainder of the race.

Cycling has moved on from the days of opportunistic solo attacks and romanticised victories up famed ascents. It has become much more of science and a team sport. Froome’s ride was a reminder to the cycling world of times gone by and fans will undoubtedly hope for more of the same this year.

His absence, given his dominant form in recent years, and a finely balanced route that favours neither climber nor time triallist is likely to leave the race wide open and Italian fans of the sport will see this as a glorious chance for their homegrown hero Vincenzo Nibali to take his third Giro crown.

Nibali, or the Shark as he is known in the cycling world, missed the Giro last year but has set his sights on his home race once again. Victorious in 2013 and 2016, the Sicilian will have a strong team around him in his bid for victory. Fellow Italians Damiano Caruso, winner of two Grand Tour stages, and Domenico Pozzovivo, winner of one Giro stage and a six-time top ten finisher at the race, are likely to provide crucial support for Nibali over the three-week tour.

Pozzovivo, in particular, is renowned for his abilities in the mountains and will be a crucial ally for Nibali once the peloton reaches the Giro’s toughest slopes in the second half of the race. Although Pozzovivo will go into the race as a domestique and will therefore sacrifice his general classification ambitions, his Bahrain-Merida team have signalled that he is likely to have free reign to challenge for stage wins so Italian fans may have more to cheer about than just the prospect of an overall Giro champion.

Team aside, Nibali will be also buoyed by the likely decisive summit finishes towards the end of the race. Famed for both his ascending and descending skills, the Shark will know that with four of the final six stages to be played out in the mountains, he will have plenty of chances to eke out an advantage over his closest rivals before the Giro finishes in Verona.

Nibali told CyclingPro ahead of the race: “The Giro is my biggest goal for this first part of the season and my preparation was designed around being fully prepared for the start [of the race].”

“The course will be challenging with many climbs as well as lots of kilometres of individual time trialling. There are many rivals, but I will leave Bologna with confidence and a sense of calm. The road will decide who is best.”

Nibali’s chances have been further boosted by the late withdrawal from the race of both Egan Bernal and Alejandro Valverde, both of whom had been touted as serious contenders for the maglia rosa but have been ruled out in quick succession after suffering crashes in training.

Bernal, while still young at just 22, is considered a serious general classification prospect for the future. Having been both Froome and Thomas’ right-hand man in recent Grand Tours, this was to be Bernal’s first shot at leading the team himself, but a fractured collarbone has left him side-lined, and given the newly-formed Team Ineos a headache as to who should ride for the maglia rosa. Thomas and Froome are both training to challenge for the Tour de France, and neither are likely to want to renounce their chances of winning the maillot jaune this summer. Ineos (formerly Team Sky) may, to the relief of a peloton that has suffered from its dominance in recent years, elect for a younger, less tested leader and use the Giro as a sounding board for future years, which may prove to be crucial to whoever triumphs in June.

Current world champion Valverde, meanwhile, was also ruled out after bruising the base of his spine in a crash. He is likely to be back to challenge later this summer, and while his performance over three weeks has somewhat decreased - he is 39 after all - he would nonetheless have been a force to be reckoned with.

“It's a shame to miss a great test like the Giro,” Valverde tweeted, “but you have to listen to the body and recover 100% to face the rest of the year in the best possible form. Good luck to my Movistar teammates in Italy.”

This is not to say that Nibali will win unchallenged. He will line up against two of cycling’s hottest prospects: Primoz Roglič and Tom Dumoulin.

Roglič will come into the race off the back of a dominant victory in the Tour of Romandie in which he won three of the race’s five stages, coming second by a mere second in another. Roglič, who up until 2012 competed as an international ski jumper, has burst onto the scene in recent months. He out-performed even his own expectations at last year’s Tour de France by finishing fourth overall, and looks to be in even better form this year. His strength in the mountains and super time trialling ability may still prove a thorn in the Italian’s side.

Dumoulin too is likely to prove to be a tough competitor to overcome. The Dutchman won the Giro in 2017 and came second to Froome last year after being caught out by the latter’s epic solo victory, but proved his strength by finishing second in the Tour de France only two months later, above Froome. A nine-time Grand Tour stage winner and a former world time trial champion, Dumoulin is many people’s favourite for this year’s event.

Nibali will also have to look out for Simon Yates, who will look to avenge his devastating collapse in the final stages of last year’s race. Having held the maglia rosa for 13 consecutive days and claimed three stage wins, Yates looked on course to cap off a dominant performance with overall victory. However, his legs failed him with three stages left to race and he ended up finishing a disappointing 21st.

He has spent the subsequent 12 months training for this year’s Giro, winning the Vuelta a España in the process, and has arrived at the race in, if he is to be believed, the form of his life. “I would be scared, I would be sh*tting myself [if I were in my rivals’ shoes],” Yates went as far as to say before this race, though his hubris will likely only have fuelled his rivals further.

Mikel Landa, Rafal Majka, Bauke Mollema, and Ilnur Zakarin are also likely to be in contention and could yet prove an upset for the pre-race favourites.

The race begins in Bologna on May 11 with an 8.2-kilometre time trial. Riders will then take on a number of flat opening stages that will give Italian fan favourite sprinter Elia Viviani a chance to add to his five Giro stage wins. The peloton will then face another time trial, this time 34.7 kilometres in length on May 19, before the first rest day.

The last two weeks of the tour feature six big mountain stages before ending with a time trial in Verona on June 2 which is likely to prove decisive in selecting this year’s winner. Just as Nibali predicted, the road will ultimately decide the winner. 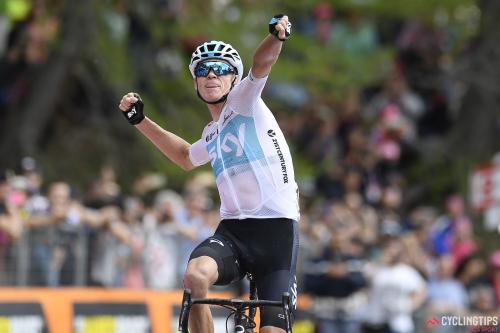 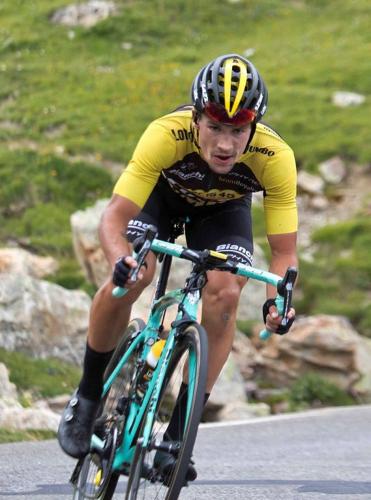