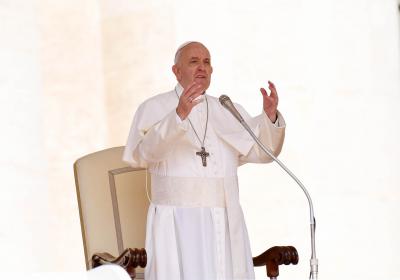 VATICAN CITY - Pope Francis has issued a landmark new law which will require Catholic priests and nuns to report all incidents of sexual abuse and subsequent cover-ups to church authorities.

The law, which follows the Vatican’s historic summit on sexual abuse in February, will provide immunity for any members of the clergy who declare pertinent indiscretions and will require churches across the world to introduce the necessary infrastructure to ensure all incidents are properly investigated.

Other measures introduced by the law will open the door for officials to be reported for “abuse of authority,” not simply abuse of minors or vulnerable people, will see implicated archbishops replaced for the duration of any relevant investigations, and impose a clear timeframe in which investigations must take place.

However, while the law also allows for lay people to assist in investigations, this is at the discretion of the relevant church authorities. Critics have subsequently raised concerns that without the involvement of police or civil authorities, the Church has no obligation to report incidents and can therefore not be held accountable by a distinct and impartial voice of authority.

Critics, therefore, have likened the law to the much criticised February summit in that it is superficially a progressive and historic step forward, but is likely toothless in instilling systematic change.

The law comes as the latest step taken by the Pontiff and the Vatican in their attempt to combat recent sexual abuse scandals that have blighted the church’s image. Former Vatican Treasurer George Pell is among the high-profile members of the clergy to have been indicted for sexually abusing minors in a decision that rocked the Catholic Church. Pell was sentenced to six years in prison after being found guilty on multiple charges involving two 13-year-old choristers.