One in eight species will soon become extinct UN warns

The UN has warned that the world's biodiversity is at serious risk. Photo credit: Slow Food

ROME - One million plants and animals will soon disappear from the face of the earth as the health of ecosystems continues to deteriorate faster than ever. This is the alarm sounded by the United Nations, whose Intergovernmental Science-Policy Platform on Biodiversity and Ecosystem Services met in Paris to reveal their findings after three years of research on the state of biodiversity.

“The world’s most important institutions are now registering a dramatic situation that Slow Food has been exposing for the last 30 years,” says Carlo Petrini, president of Slow Food, an Italian organisation that promotes local produce.

“Over the last 70 years we have destroyed three quarters of the agro-biodiversity developed by farmers in the 10,000 years before. Authoritative sources have long been warning us that we are now experiencing the sixth mass extinction and, for the first time, human beings are to blame for the global ecological crisis.”

“The scenario described is very serious and the loss of species, breeds and natural habitats is very severe indeed. Time is running but we do have one tool that could effectively change the situation: namely our daily food. By changing our eating choices we can do a lot to save the soil, water and the entire planet.”

Slow Food uphold that damage to biodiversity is a response to everyday emergencies and difficulties such as climate change. This is why it has catalogued more than 5,000 products which it aims to save as part of its Ark of Taste initiative. It has launched more than 500 Presidia—projects to support farmers, pastoralists and fishers—and has explained the value of biodiversity with its gardens, chefs’ networks, events and education.

There is still a great deal to be done. Findings have shown how it has becomenecessary for mankind to prepare itself to address this challenge mindfully, and it is vital for governments, institutions, enterprises and, above all, individual citizens to rally together immediately.

870 Italian products have already been registered in the Ark of Taste, among which the little known ‘carosello’, a local variety of unripemelons eaten in Apulia for centuries as a substitute for cucumber. They are eaten raw in a salad, without any dressing or with just a pinch of salt.

The most commonly used varieties are Carosello and Barattiere, both belonging to the Cucumis melo species. The different varieties are often named after the colour of their epicarp, their shape or the name of the area they have been selected in and brought on with cultivation. Carosello melon is now produced in the provinces of Lecce (where it is also cultivated in greenhouses), Brindisi, Taranto and Bari. 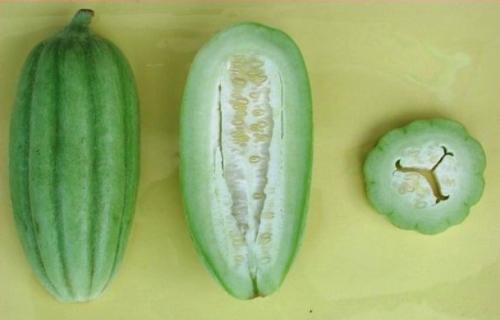 The carosello is amongst the Italian food products now protected by Slow Food
U.N.
World
Italy