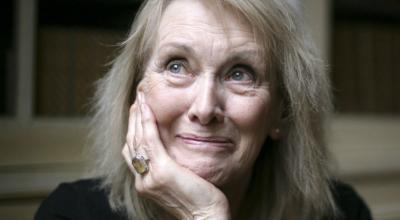 ROME - French writer Annie Ernaux was announced as this year’s winner of the Prix Formentor, a prestigious international literary award, at an event held in the Capitoline Museums on Monday.

When revealed as the recipient of the coveted prize Ernaux, who could not be present at the event, was lauded for her acclaimed literary contributions over four decades of writing. Judges were quick to cite her narrative style, her fusion of traditional literary language with a more innovative, often marginalised, lexis, and her perceptive female gaze as reasons for their unanimous decision.

Ernaux's works include The Years, A Simple Passion, A Woman's Story, A Man's Place and Cleaned Out

The Prix Formentor dates back to 1961 when it was first awarded to Borges and Beckett jointly. The first shortlist also included Henry Miller, Max Frisch, and Alejo Carpentier. Originally split into an International Prize, for works already in distribution, and the Formentor Prize, for unpublished works, the prize was discontinued after 1967 before being resurrected in 2011 as one single award.

Basilio Baltasar, the President of the Prix Formentor, applauded the continued success of the prize since it was re-established and its role in celebrating international authors and readership.

“The Prix Formentor,” he said, “aims to contribute to the totality of a cultured society, to appreciate the aesthetic of writing, to recognise the supremacy of literary imagination, to praise the integrity of language and the strength with which literature perfects man’s knowledge of himself.”