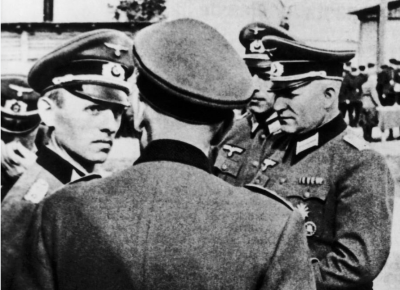 ROME - Israel was able to launch its surprise attack against Egypt and Syria at the beginning of the Six Day War thanks to information provided to Mossad by an intelligence network made up of former Nazis, according to a new book by an Italian author who claims to have played a role in the intrigue.

Adriano Monti fought as a 15-year-old volunteer in the international division of the German SS at the end of World War II and was subsequently recruited into an intelligence organization founded by General Reinhard Gehlen on the basis of his fervent anti-communism.

Gehlen had run German army espionage efforts against eastern Europe during the war and worked closely with the CIA after it. His expertise on the Soviet Union was considered particularly valuable and his “Gehlen Organisation” later became the backbone of West Germany’s foreign intelligence organization, the BND.

In his book, Mr Monti says he travelled to Cairo shortly before the outbreak of the Middle East war in 1967 to meet with one of his network’s contacts, a French-speaking escort named Marguerite. She in turn was in contact with two of President Nasser’s East German military advisers, who were privy to the Egyptian government’s war plans.

In the book, "Discreet services: an Italian in the secret services of the Cold War", Mr Monti describes meeting Marguerite at the bar of the Hotel Semiramis in Cairo. “She welcomed me with a smile, and after the usual small talk whispered to me in French: ‘five, June five, 8.15’.” The date for the initiation of hostilities was less than a week away and Mr Monti spent a sleepless night before returning to Rome the next day.

He was met at the airport by his network handler, Father Theodor, an Austrian Franciscan who worked in the Vatican department responsible for the eastern churches, who picked him up in a black sedan bearing Vatican number plates.

The information was relayed to Otto Skorzeny in Madrid and from there to Mossad, the Israeli intelligence organization, enabling Israel to destroy a large part of the Egyptian and Syrian air forces with its preemptive strike, and obtain a crushing victory, Mr Monti says.

Skorzeny, an SS commando leader remembered for a daring glider mission to rescue Benito Mussolini from imprisonment on the Gran Sasso, had been recruited by Mossad in 1963 to help the Israelis hunt down German scientists working on the Egyptian missile programme. It was Skorzeny who had recruited Nasser’s two East German advisers for the Gehlen Organisation, for which he acted as Middle East coordinator.

The two former Wehrmacht officers had disavowed Nazism in Siberia after the war and had been selected for service in Egypt because they spoke Arabic, Mr Monti explained.

“The denazification was considered sufficient to make them friends of the east rather than of the west, but in this case they had remained very much attached to their past,” he said. “Skorzeny, intuitive and perspicacious as he was, had gradually resumed contact with these former Wehrmacht officers scattered around the Middle East. Some of them became his informants.”

At the time Mr Monti was working as a doctor for the World Health Organisation and had ready access to a wide range of contacts, although he never met the East German military advisers directly. Particularly useful was his ability to enter Palestinian refugee camps, to check on health and hygiene conditions.

He had no idea in June 1967 that Skorzeny was working for the Gehlen network or that his crucial information from Cairo would be forwarded to Mossad, he said.

Mr Monti confirmed that solidarity among former SS soldiers was the basis for an intelligence network that was ultimately working for the CIA. “Yes. That’s it exactly.”

That solidarity led to the recruitment of a Christian Palestinian from Lebanon who fought in the SS Charlemagne Division in its last ditch defence of Berlin in 1945. Mr Monti was introduced to him by Fr Theodor and was surprised to find the man was disguised as a priest when he met him in a Vatican office.

“This is Abu Omar. He’s not a priest but a Palestinian friend who is doubly appreciated because he comes from a past that we hold dear,” the real priest said. “Today he is in a position that is very interesting for us, since he is a close aide to (Yasser) Arafat, who recently became the head of the PLO,” Mr Monti writes.

Abu Omar's military experience with the SS was key to his promotion in the Palestine Liberation Organisation. "Someone had informed Arafat of my past in the SS and that constituted a perfect passport for membership of the group he was leading," Mr Monti quotes him as saying.

Mr Monti said he met Abu Omar on numerous occasions at locations around the Mediterranean. “He was the one who kept us informed of everything that happened in Arafat’s court.” The fruitful source died some years later, of leukaemia, with symptoms similar to those of Arafat himself.

In another revelation, Mr Monti claims that members of the elite Decima Mas naval commando unit, notorious for war crimes committed against Italian partisans in the last stages of the war, had helped to train Israeli special forces after World War II.

A former member of the Italian unit had even assisted Mossad operatives in the hijack of a ship carrying 200 tonnes of uranium from Le Havre to Alexandria in 1968, he writes. The Liberian-flagged "Independence" was intercepted at night off the coast of Sardinia by Israeli special forces assisted by the Decima Mas veteran.

The ship's name was changed to "Constitution" and its cargo, originally purchased from the Belgian company Société Génerale de Chimie, was quietly landed in the Israeli port of Haifa and then transferred to the country's nuclear facility in the Neghev desert.

Few details of the cargo's disappearance have ever emerged in public, Mr Monti says. "There was total silence in Egypt as well, where the government kept quiet so as to avoid losing face."

Salvatore Sechi, a history professor from the University of Bologna, said western intelligence organisations had recruited right-wing extremists after the war because of their experience in working against the new enemy: Soviet-backed communism.

"Someone who had fought with the SS in the war had the same kind of prestige as fascists who had joined the movement before the march on Rome," Prof. Sechi said. 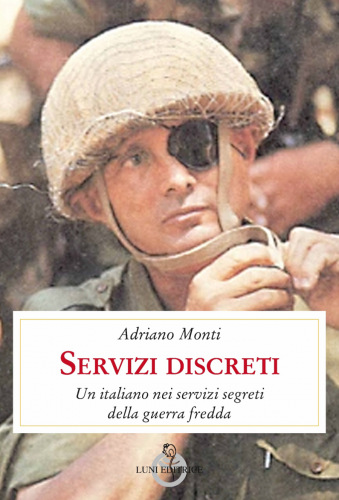 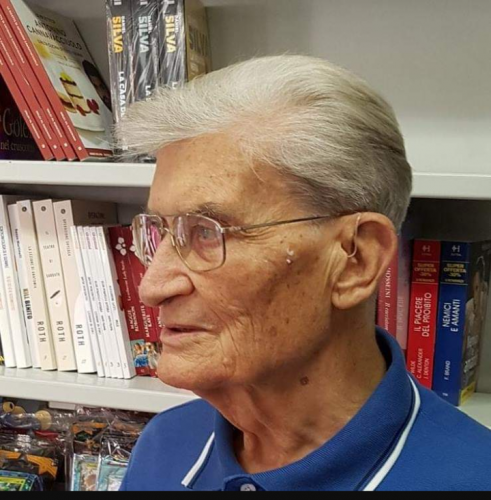