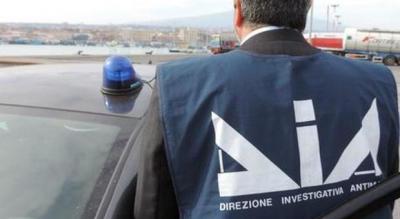 VALLETTA – Fugitive Antonio Ricci, who last year escaped a crackdown on an illegal gaming racket linked with ‘Ndrangheta – the Calabrian mafia – has been arrested in Malta, police authorities said on Tuesday.

The 43-year-old fugitive from Bari, among 68 suspects receiving detention orders, has been accused of having direct links with the ‘Ndrangheta.

Among the charges are mafia association, illegal gaming and gambling practises, failure to declare income and aggravated fraud against the State for more than 60 million euros.

In November 2018, Mr. Ricci eluded police in a crime blitz aimed at dismantling a criminal network of clandestine betting. Coordinated by the District Anti-Mafia Directorate (DDA) of Reggio Calabria and involving two hundred Finance police from Reggio Calabria, Operation Galassia netted 20 arrests across Calabria, Sicily and Apulia. The supsects were accused of being part of a mafia-type criminal association that managed online bets, as well as criminal association aggravated by the mafia method, money laundering and fraud.

News of Mr Ricci’s arrest was delivered by the Interior Ministry - “Thanks to our investigators and our law enforcement agencies, who have never given up, and thanks to the Maltese authorities,” Interior Minister Matteo Salvini said.

“No respite to criminals and fugitives in Italy and abroad.”