Alitalia criticised for dumping 80 tonnes of fuel above sea 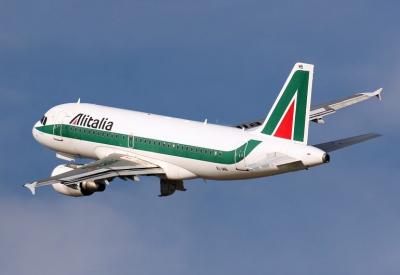 ROME - As many as 80 tonnes of airplane fuel were dumped over a protected marine area off the Ligurian coast by an Alitalia flight, drawing strong criticism nationwide.

The Alitalia airplane, which was on route to Tokyo from Milan Malpensa, reported mechanical issues affecting its engines mere minutes after taking off.

The Italian National Agency for Civil Aviation were quick to defend the move, stating that at the height and speed at which the aircraft was travelling, the kerosene would be unable to reach ground or sea below and, consequently, the “environmental risk was non-existent.”

However, their statement has been refuted by scientists who strongly condemn the decision to dump the fuel above the sea.

“Just because the fuel doesn’t reach the ground straight away, it does not mean that it will not damage the environment,” Sabina Airoldi, a marine biologist and coordinator of the Cetacean Sanctuary Research, told Il Fatto Quotidiano.

“It is true that the substance will almost all evaporate before reaching ground level,” she went on to add, “but it stays in the atmosphere.”

“So, when humidity levels rise, these harmful substances in the air lead to so-called acid rains. They will, therefore, sooner or later reach the ground.”

It is now believed that the kerosene may well fall on Genoa and surrounding protected marine areas known for its diverse fauna and the propagation of dolphins, whales, tuna and swordfish amongst other species.

Whales and dolphins are thought to be at particular risk of being affected given their position at the top of the area’s food chain.

“Hydrocarbons are deposited on the seabed, where they are absorbed by plankton and benthic organisms. From there they rise up the food chain: from larvae to small fish, all the way to much larger animals,” added Airoldi.