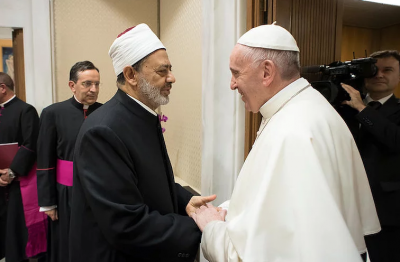 The signing of the Document on Human Fraternity for World Peace and Cohabitation was an important step in a move to a more cohesive society. Photo credit: MediaTrends America

ROME - Fraternity, peace and coexistence. These are the three key elements to international cohesion and open dialogue according to Vatican representatives.

The news comes following the signing of a historic peace accord between Pope Francis and the Grand Imam, Ahmed el-Tayeb, in February.

The Document on Human Fraternity for World Peace and Cohabitation marked an important development inter-religious dialogue and invited “all persons who have faith in God and faith in human fraternity to unite and work together” regardless of race, gender or religion.

Speaking on the matter in Rome on Wednesday, Mons. Miguel Ángel Ayuso, Secretary of the Pontifical Council for Interreligious Dialogue, a dicastery of the Roman Curia, described the document as the “Magna Carta” of religious, and social, communication.

“The world today needs greater understanding, greater respect, greater friendship. It needs to collaborate to create a greater good,” he stated, affirming that the accord was a momentous step forwards in creating an infrastructure for fraternity and compromise worldwide, regardless of one’s views.

Mons. Ayuso was strong in stressing that the document, signed in Abu Dhabi, should not be received as a strictly Islamo-Christian accord, but rather as another step in Pope Francis’ agenda of creating a more cohesive and less divided world.

In discussing the document, Mons. Ayuso made reference to the Constitution of Medina, in which Jews and Christians were protected and embraced by Islam to create a peaceful multi-religious state.

The importance of the Charter, he argued, is only better illuminated by divisive political movements presently gaining traction across the world, among which populism and nationalism, and societal trends exacerbated by social media that curb community and cohabitation.

To move towards peace, we “must propose [solutions] and stop complaining,” Mons. Ayuso posited as he reflected, sombrely, on the decline of inter-religious relationships in the last decade in the light of acts of terrorism and a growing climate of distrust.

He went on to add that “coexistence is fundamental for the future of humanity,” and called on society to view everyone as, above all, citizens of one shared world.

The signing of the accord is an important step forwards in inter-religious and basic human relations, in underlining the importance of respect and fraternity, and while there is still much work to be done, the document stresses the importance of enacting this social shift to the agenda of Pope Francis and the Holy See.

The event was hosted by MediaTrends America, an independent observatory that studies international trends and the collaboration between Europe and the Americas. They regularly run conferences on international social, economic and politic trends in Rome. More information can be found on their website: https://www.mediatrendsamerica.com. 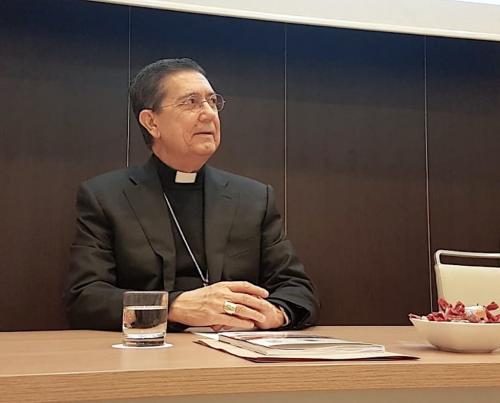