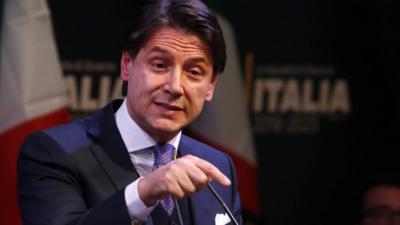 ROME – Prime Minister Giuseppe Conte confirmed the Italian government’s intention to sign a memorandum of understanding with the Chinese government for its Belt and Road Initiative (BRI), the infrastructure project that will include with rail, road and port development.

“Yes, the memorandum will be signed,” said Conte Friday. “The memorandum is a non-binding framework agreement. It is not an international accord,” he added.

According to government sources, the memorandum is set to be signed, “without any major modifications to the framework agreement,” during Chinese President Xi Jinping’s visit to Rome on March 22-24.

The decision follows government tension between the Five Star Movement (M5S), who are in favour of the deal, and the League who have cautioned against the potential risks it could present for Italy.

According to Deputy Prime Minister Luigi Di Maio, agreeing to China’s infrastructure initiative will in fact boost Italy’s sovereignty. “Today the Made in Italy brand wins,” he said after a meeting with Conte and other senior government figures.

“It is not a political agreement with China but a trade opportunity … This is a surge forward by Italy, a change of pace towards the future,” he added.

However, the League are insisting that “checks” need to be made in relation to how the deal will impact Italy’s telecommunications and ports sectors, arguing that national security is the utmost priority.