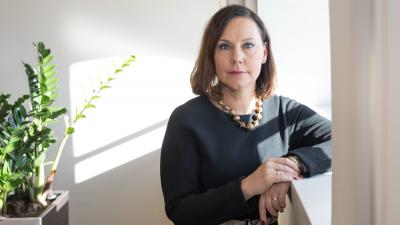 ROME - The International Fund for Agricultural Development (IFAD) has received a loan of 50 million euros from Finland as part of a long-term partnership between the two consolidated by the visit of IFAD President to Finland on 13-14 March.

The loan is granted with a view to supporting agricultural development and climate change adaptation in developing countries.

Finnish Minister for Foreign Trade and Development Anne-Mari Virolainen took the decision to grant the long-term loan to the IFAD, a specialized U.N. agency, on 7 March 2019.

The total amount of the loan will be repayable over the coming 40 years. The loan is granted from the appropriation for development policy investments in development cooperation.

“The loan granted to IFAD complements in a significant way the work Finland is doing to improve food security in developing countries. In its work the organisation also stresses equality and climate issues, which is well in line with Finland’s objectives. The projects help small farmers in adapting to climate change, and almost half of the beneficiaries are women,” Minister Virolainen said.

One of the key priorities in IFAD’s work is the U.N. sustainable development goal that aims to eradicate extreme poverty and hunger. There are still more than 800 million people living in starvation in the world, and about 2 billion suffering from poor quality of food.

These numbers are now rising again due to the effects of climate change and conflict. IFAD supports smallholder farmers - they produce more than 80% of the food consumed in the developing countries but still often suffer from hunger themselves.

IFAD operates in the same way as the international development finance institutions, granting financing in the form of donations and long-term credits to developing countries.

Finland has also participated in IFAD’s 11th replenishment round by a traditional grant donation of EUR 10.6 million.

The loan agreement between Finland and IFAD will be signed during President Giblert Houngbo’s visit to Finland. Also on the agenda in the discussions between Minister Virolainen and President Houngbo is how Finland’s expertise and know-how could be better used to serve IFAD’s work.

“We have just become a member of IFAD’s Executive Board, and this provides an excellent opportunity to influence its work,” stated Minister Virolainen.

On Thursday 14 March a stakeholder seminar on the topic of climate change adaptation for small farmers in developing countries is scheduled to take place and President Houngbo will give the keynote speech.