The origins of Rome, when myth becomes reality 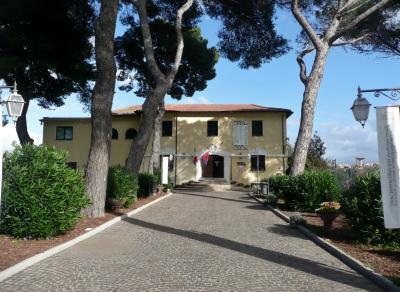 ROME - "Il Primo Re" ("the First King"), the recent film about the legendary foundation of Rome, in which director Matteo Rovere makes the unprecedented and daring choice of having his actors recite in archaic Latin, has aroused a new burst of interest in the prehistoric origins of the city.

According to the legends recounted by ancient Roman historians and writers, Romulus, the alleged first king, descended from Aeneas, the hero who fled from the burning ruins of Troy and ended up on the coast of Lazio, some twenty miles south of present day Rome, near the modern seaside resort of Lavinio.

After defeating the natives, he married Lavinia, the daughter of the local chieftain and gave the new colony her name. His son Julio (also confusingly known as Ascanius) founded the dynasty that could eventually be traced to Julius Caesar.

But is there a shred of truth in the myth? How much can we actually know about a time before recorded history? The flight of Aeneas is recounted in Virgil's epic poem, "the Aeneid," a work that was aimed at currying favour with Augustus, who was Julius Caesar's adopted son and Rome's first emperor. But the story also appears in the works of earlier historians, and episodes are also depicted on terracotta pots and vases dating back to the 5th-6th centuries BC.

What was dismissed as a fable until the 20th century suddenly took on a ring of authenticity when, in 1957, a team of archaeologists from the University of Rome discovered the remains of the ancient city of Lavinium, situated between Ardea and Torvaianica, on what had once been the coast before the Mediterranean sea receded over the intervening centuries to the present shoreline. In addition, the course of the former River Numicus (now known as the Fossa di Ardea) which played an important part in the myth of Aeneas, was nearby.

An even more sensational find emerged soon afterwards when the team uncovered the Sanctuary of the Thirteen Altars a mile or so outside the remains of the city. Strung in a row, these ponderous stone monuments, still bearing traces of the red paint that decorated them, have puzzled archeologists ever since.

No-one knows exactly what they were for or what they represented, though it is theorised that they were used for sacrificial rites involving the various Latin tribes that inhabited the surrounding area and the Castelli Romani. The remains of a funeral mound, dating from the VII century BC was discovered nearby.

The Greek historian Dionysius of Halicarnassus visited the spot during the reign of Augustus, when it was believed to be the shrine, or Heroon, dedicated to Aeneas. He was a few centuries out, since the fall of Troy allegedly took place around 1180 BC, so the monument must have been raised to a later king.

But no matter. The myth was already firmly planted by then and Lavinium was established as a holy city and a centre of pilgrimage for Roman citizens. Since, according to tradition, the goddess Venus/Aphrodite had been Aeneas' mother, the Julian house claimed divine origins and the cult of Aeneas was part of the state religion.

More recently, archaeologists found what appears to be a fourteenth altar, situated in what is thought to be the site of the Sanctuary of Aphrodite, as described by the Greek geographer and historian Strabo, with the sacred spring still visible and the remains of a tomb that could have been Aeneas' actual burial site.

An almost unique cache of terracotta votive offerings dedicated to the goddess Minerva Tritonia as the patron of marriage and birth, dating from V century BC, spurred the area administrative centre of Pomezia to create a museum near the site.

The result was the dynamic Museo Civico Archaeological Museum Lavinium, on the Via Pratica di Mare, founded in 2005-2008, and one of the first museums in Lazio to introduce extensive audio-visual and virtual reality aids to take visitors on a magical tour through the ancient sites found on the territory.

The entrance is dominated by the impressive life-size cult figure of the goddess. The importance of her sanctuary is demonstrated by the impressive number (over a hundred) terracotta statues of adolescent boys and girls found on the site, many holding doves, eggs, rabbits or pomegranates as symbols of peace and prosperity, or the toys they would be abandoning on their wedding days, like spinning tops, balls and knucklebones.

The young girls all have their hair cropped shoulder length as was customary before marriage, while the matrons are represented with veils and elaborate coiffeurs according to the fashion and their position in society.

A succession of rooms projects images of the various themes covered, including the voyage of Aeneas from Troy with a demonstration of Roman boat-building techniques, displays of ex-voto, jewellery, parts of weapons, wine cups and tools, a virtual trip to the thirteen altars, accompanied by a miniature ancient priest, and ends at the ghostly projected doors of the Heroon where the voices of the dead clamour to return to the light.

With regard to the ancient Latin language (which the Iron Age citizens of Lavinium may or may not have spoken), few traces have survived. In concurrence with the film, "The First King", the Museum della Civiltà Luigi Pigorini in EUR put on a special exhibition, featuring one of its greatest treasures - the fibula prenestina, a gold brooch found in 1871 near the town of Palestrina (the ancient Praeneste).

The brooch is dated to 670-650 BC and claims to contain the oldest known inscription in ancient Latin. The language is so archaic, in fact, that even the classic Latin speakers of ancient Rome would have had difficulty in understanding it, according to the exhibition caption.

Written from right to left it gives us the somewhat banal information that: "Manios med fhefh aked Numasioi", or "Manius made me for Numerius." The brooch has been the subject of controversy over the years with doubts cast on its authenticity.  In 2011 however, advanced modern tests dated it to the VII century BC and confirmed that the workmanship conformed to the techniques used by Etruscan goldsmith of the period.

A terracotta amphora inscribed with the letters of the archaic Latin alphabet is also on display at the Pigorini, as well as some of the costumes used in the film (good for fans of selfies) and the reconstructed remains of a bronze X-XI BC chariot.  Surviving inscriptions in archaic Latin, however, are scarce, which says a great deal for the ingenuity of the script writers of "The First King."

The most famous one is probably the Lapis Niger, or Black Stone, near the Curia in the Roman Forum, a pedestal block found in the alleged burial place of Romulus. The inscriptions have proved difficult to decipher. Not only are they written from right to left and left to right on all four sides but pieces are missing.

It appears to be a warning of dire consequences for anyone who violates this sacred spot. Experts, however, have not been put off and are still working on it regardless….. 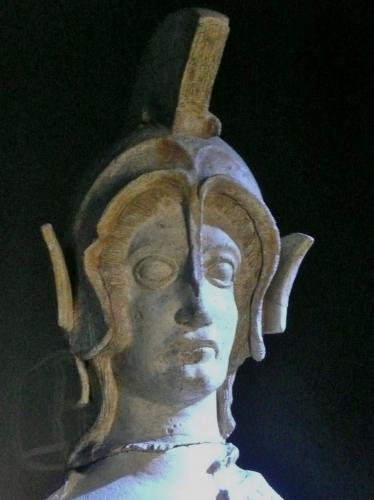