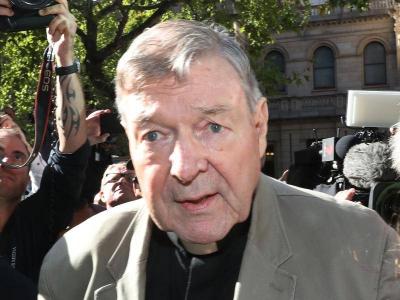 MELBOURNE - Cardinal George Pell who was found guilty of child sex abuse when he was a Catholic archbishop of Melbourne in the 1990s, has been sentenced to six years in prison with a non-parole period of three years and eight months.

The 77-year-old is the highest-ranking Roman Catholic figure in the world to be convicted of sexual abuse of minors and was a member of the Council of Cardinals, the body that advises Pope Francis on reform within the Church.

Pell was convicted by a jury on Dec. 11 of sexually abusing two 13-year-old choristers after celebrating mass in the cathedral and sexually assaulting one of the two minors two months later.

The cardinal has always professed his innocence and his lawyers have filed an appeal, which will be heard on June 5 and 6.

Proceeding with the reading of the sentence, County Court judge Peter Kidd noted that the abuse committed by Cardinal Pell had "a significant and long-lasting impact" on one of the victims, identified as J.

“J underwent a series of negative emotions with which he struggled for many years, aggravated by problems of trust and anxiety, I took into account the profound impact that the crimes had on J's life,” declared the judge.

The judge added that he had not had the benefit of an impact declaration of the other victim, identified as R, who died of a heroin overdose in 2014.

"However, based on the statements of J, I am able to say that the crimes committed will have had an immediate and significant impact on R. While it is not possible to quantify the damage caused or how it has impacted on R over the years; I have no doubt that this impact has been significant,” said Kidd.