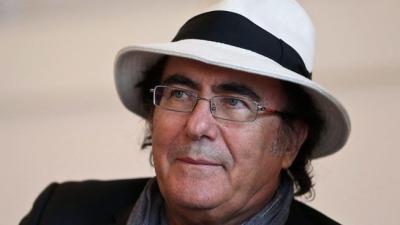 Al Bano and his ex-wife Romina Power were famous in the Soviet Union in the 1980s and 1990s and are still popular in Russia. The Apulian singer is notoriously a supporter of Vladimir Putin, for whom he has never hidden his political sympathies.

Following the decision of the Ukrainian Ministry of Culture, Al Bano responded stating, “I do not do politics, but if Putin is good I say it.”

In December 2017, Al Bano was the only foreign singer to perform during the celebrations for the 100th anniversary of the Russian State Security Committee (KGB), in the presence of the Russian president.

“I've been supporting him for some time now … He has a fist of iron and I can’t see anything wrong with that,” said Al Bano in an interview about Putin a little over a year ago.

The “black list” is compiled and updated by the Ministry of Culture based on requests by various other public agencies, including the National Security and Defense Council of Ukraine, Ukrainian security services and the National TV and Radio Council. There are now 147 people on the list.