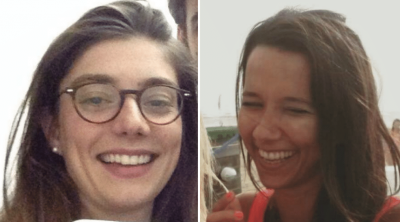 ROME - Two young women from the Eternal City working for the World Food Programme (WFP) were among eight Italian citizens killed in the plane crash in Ethiopia Sunday. Pilar Buzzetti and Virginia Chimenti were aged 30 and 31.

Pilar Buzzetti had been working for more than three years at the United Nations (UN) WFP and had also been a consultant for the study, research and internationalisation of the agency in Eurasia and Africa.

A former student at the Roma Tre University, she had a specialisation degree from Luiss in International Relations, Political Science and Government.

Virginia Chimenti was an official Budget Officer of the WFP and a former student of Milan’s Bocconi University. She also attended the "Amedeo Avogadro" scientific high school, an institute in the Coppedè district of Rome.

Buzzetti and Chimenti were on board the Ethiopian Airlines plane bound for the Kenyan capital of Nairobi, and were supposed to have participated in the UN climate conference.

Three volunteers from the Bergamo Africa Tremila ONLUS also lost their lives in the air accident; the president Carlo Spini, his wife Gabriella Vigiani and the treasurer Matteo Ravasio.

Sebastiano Tusa, an internationally renowned archaeologist and councilor for the cultural heritage of the region of Sicily, Paolo Dieci, president of the Ong Cisp (International Committee for the Development of People) and LinK 2007, and aid worker Rosemary Mumbi were also victims of the disaster.

The Mayor of Rome Virginia Raggi expressed her condolences for the victims of the crash and is consideringdeclaring an official day of mourning in Rome.

“Condolences for the 157 victims of the Addis Ababa air crash in Ethiopia. Deep pain for Italy and for Rome. I am close to the families of our fellow citizens involved in the tragedy of the Boeing 737,” wrote Raggi on Twitter.