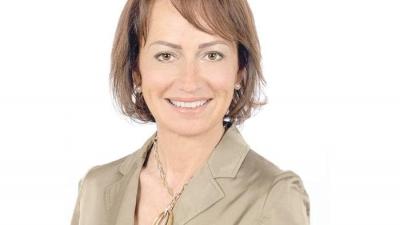 MILAN – The winners of the second edition of the Women in Finance 2019 Italy Awards, renewed by British Ambassador to Italy Jill Morris, and with the addition of two new categories, were announced Thursday at the Milan Stock Exchange headquarters.

In collaboration with Freshfields Bruckhaus Deringer and Borsa Italiana, the initiative represents the British Embassy’s commitment to the recognition of the contribution of female talent in the world of finance and remains the only one of its kind outside the United Kingdom.

Insurer of the Year was awarded to Maria Luisa Gota, Chief Executive Officer and General Manager of Fideuram Vita. Luisa’s long-term vision has enabled the company to achieve significant economic results in the context of a multitude of projects. She has also worked to preserve a gender balance at all levels of the organisational structure that she has directed, also with regards to the issue of equal pay.

Women FinTech of the Year was won by Laura Oliva, Co-founder and Administrator of Ekuota. An expert in FinTech technologies, Laura is an example of a professional who has taken advantage of diverse experiences in the finance sector to develop an innovative strategy recognised as one of the best applications of artificial intelligence in FinTech. She has engaged in initiatives promoting inclusion and the dissemination investment skills among women.

Asset Manager of the Year was awarded to Camilla Tinari, Head of Capital Light Bank of Intesa Sanpaolo. In the course of her career she has developed technical skills and market sensitivity which have led her to be recognised by sector operators as a reliable and highly competent manager, with a decisive approach that remains attentive to human relationships, inclusion and diversity.

Lorena Pelliciari CFO of FinecoBank S.p.A took the prize of CFO of the Year. Lorena has held the role of CFO since the birth of the bank in 1999 and has shown great attention to ensuring sustainable growth for the company. Lorena has diverse experiences in the field of corporate transactions and in the international arena and has achieved significant goals by promoting an inclusive work environment that enhances the talents and skills of all.

Banker of the Year was won by Michela Del Piero, President of CiviBank. Michela is one of the very few women at the top of an Italian bank and was awarded the prize for her ability to interpret the “difficult art of the banker” by combining tradition, modernity and values. The contributions given by the president to the economic, environmental and social sustainability of the bank has materialised, in particular, in a strong presence in the green economy and in the creation of a crowdfunding web portal and numerous microcredit initiatives.

Finally, Champion of Diversity Employer was awarded to the Generali Group of the Assicurazioni Generali S.p.A. For a Group with over 70,000 employees in 50 countries, the value of diversity is crucial. Generali has prepared a "manifesto of diversity" and has implemented wide-ranging awareness initiatives and concrete support tools for employees.

“I am extremely satisfied with both the interest shown in this second edition of the award and the quality of the applications received … It is a great honour to be able to celebrate the success of so many exceptional women,” declared Jill Morris.

“Now in its second edition, this event dedicated to female talent that successfully expresses itself in a sector still strongly influenced by men, confirms itself as an event of great appeal and depth,” added Nicola Asti, Freshfields Managing Partner in Italy.