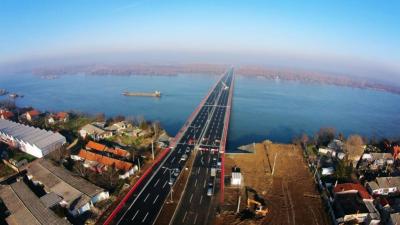 ROME - Italy is set to become the first G7 nation to endorse China’s Belt and Road Initiative in a move that has aggravated both the US and Brussels.

Despite a lack of government unity, it was revealed earlier this week by Junior Industry Minister Michele Geraci that “an initial framework” for the deal could be signed as early as this month when Chinese president Xi Jinping visits Italy for the first time.

Ministry of Foreign Affairs Undersecretary Guglielmo Picchi, however, soon after tweeted of his concern regarding the deal. “As of today I do not believe we should go ahead with the signature” he said, as he called for the matter to be discussed further.

Of particular concern for Picchi and others are whether this deal would have any implications for the expansion of Chinese 5G technologies into Europe and whether Beijing would have any influence over the port of Trieste, an entry point to Europe and the Mediterranean.

The Belt and Road initiative, a flagship policy of Xi Jinping’s government since its conception in 2013, has been touted as a modern-day equivalent of the ancient Silk Roads. Were Beijing’s vision to come to fruition, Europe would see the implementation of a cohesive infrastructure network, including train lines, roads and bridges, that would connect it with the entirety of Asia, Africa and the Middle East.

The Chinese government has stated that this initial focus on infrastructure would allow for subsequent widespread trade and sustained growth across the continents, aiding all countries regardless of their comparative wealth or power.

The project, however, has drawn criticism from many Western democracies. It has been viewed as a way for Beijing to extend its control beyond its borders both economically and politically.

Countries that are unable to afford the infrastructure the Belt and Road initiative entails are able to take a loan from China to allow for construction to get underway. However, these sums are often much more than a nation can afford, leaving governments heavily indebted to Beijing for years to come.

The building of ports under the Chinese initiative, moreover, has also raised concern amongst those who see this expansion as a way for the Chinese navy to spread its influence beyond the limits already contentious South China Sea.

Speaking to the Financial Times, Garrett Marquis, the White House National Security Council spokesman, stated: “We view BRI [Belt Road Initiative] as a ‘made by China, for China’ initiative.

“We are sceptical that the Italian government’s endorsement will bring any sustained economic benefits to the Italian people, and it may end up harming Italy’s global reputation in the long run.”

This preliminary deal is unlikely to involve any serious commitment on Italy’s side, however it is an important development nonetheless. While some Eastern European nations had previously signed commitments to the project, this move highlights a first fracture amongst the cohesive stance of founding and leading EU member states.

The European Union had previously called for unity in the face of the project, standing firm against it and demanding greater Chinese transparency about the future of the Belt and Road Initiative moving forward.

Germany, France and the UK had all previously turned down the chance to sign initial deals endorsing the Belt and Road Initiative.

Italy’s latest decision is likely to be a prominent talking point at the next EU meeting on March 21, which directly precedes Xi Jinping’s visit.