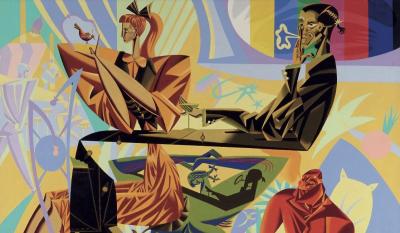 VENICE - The ninth edition of Ca’ Foscari Short Film Festival will be held from 20 to 23 March 2019, in Auditorium Santa Margherita of Venice. The 30 short films of the International Competition dedicated to students of schools of cinemas and universities from all over the world will be shown together with several other interesting special programs, workshops and masterclasses.

The Festival, created thanks to the collaboration with the Venice Foundation and with the support of the Levi Foundation, the NH Hotel Rio Novo and with the partnership with M9 – The Museum of the 20th Century, is the first in Europe to be entirely conceived, organized and managed by a University, in perfect alignment to its mission: being an event created by and for the young, who are the real protagonists of this great experience on both sides of the big screen.

The Ca’ Foscari Short Film Festival is indeed conceived as a moment of professional training for Ca’ Foscari University students, who happily volunteer to always grant new life to what already is a well-acquainted organization, under the guide of professional experts and the coordination of artistic and organizational director, professor Roberta Novielli.

The Festival, the poster of which is signed for the third year in a row by Giorgio Carpinteri, will honor the International Competition with a number of prizes: the Grand Prix to the best short movie, the Levi Prize for the best soundtrack, the Volumina Special Mention to the best contribution to cinema as an art and the “Pateh Sabally” Prize, established by the Municipality of Venice, to the work who best highlights the themes of multiculturalism and welcoming.

The winners will be announced by the jury of the International Competition, who this year counts the names of Teresa Cavina, Ayat Najafi and Ülo Pikkov. The Levi Prize will be awarded by a jury composed of Roberto Calabretto, Massimo Contiero, Daniele Furlati and Luisa Zanoncelli. The “Pateh Sabally” prize will be awarded by the Municipality of Venice.

The collateral competitions, arbitrated by special juries, anticipate the sixth edition of the “Olga Brunner Levi” Prize, in collaboration with the Levi Foundation, and the second edition of the Music Video Competition, dedicated to music videos by cinema and university students from all over the world, will be announced.

Also, this year the awards are made by glass master Alessandro Mandruzzato, from an eminent family of glass masters in Murano. Since a young age he's undertaken a personal project of study and research of the technique of glass grinding in its most innovative applications. Always abreast of the latest working methods while perpetuating the millenary Murano tradition, he admirably succeeds in turning a block of glass into something eternal.