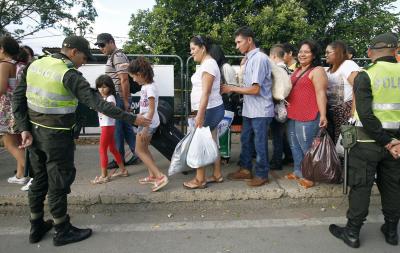 CARACAS – Sister Patrizia Andrizzi, missionary of the Congregation of the Sisters of the Immaculate Conception, raised humanitarian alarm in an interview with InBlu Radio, the network of Catholic radio stations of the CEI, on the humanitarian crisis in Venezuela.

“The population is on its last legs. Babies are malnourished and do not grow; some 10 year olds seem like they are only six. And the dying people cannot even afford a coffin. People and children have been buried inside cardboard boxes,” said Sister Patrizia who has been living in Venezuela for 40 years.

The Venezuelan population was hoping for the arrival of humanitarian aid but continues to face the lack of food and medicine. “Many families, some even of eight people, live with two kg of pasta per month. We are able to help some people thanks to the work of Caritas but we are also in trouble because we do not know where to get the stuff. It is a population in misery,” she added.

“In 40 years, I have never seen such a thing. I have seen so much here in Venezuela but never at this level. Every day we feed 60 children and once a week we give food to a group of 120 children. Maduro says that in Venezuela there is no hunger because he has a full pantry but he does not see children going to look for food in the trash,” Sister Patrizia concluded.