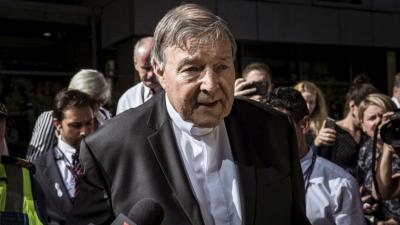 The cardinal is the highest-ranking Roman Catholic figure in the world to be convicted of sexual abuse of minors.

“Cardinal George Pell has always maintained his innocence and continues to do so,” Cardinal Pell’s lawyers said in a statement on Tuesday. The Vatican has said it will not consider taking any action against the prelate until he has exhausted the appeal process in Australia. Many observers continue the evidence against Cardinal Pell to be flimsy and his trial was conducted against a background of highly hostile media coverage in Australia.

“An appeal has been lodged against his conviction and he will await the outcome of the appeal process. Although originally the cardinal faced allegations from a number of complainants, all charges except for those the subject of the appeal have now been either withdrawn, discharged or discontinued. He will not be commenting in the meantime.’’

The verdict was issued on Dec. 11, but a court order had prevented Australian media from reporting the guilty verdict until now.

Out on bail since the December verdict, Pell is due to be sentenced next week but may be taken into custody on Wednesday.

The offences each carry a maximum 10-year jail term.

Pell was Archbishop of Melbourne when he abused the boys, aged 13, who were choirboys at Saint Patrick’s Cathedral in Melbourne in 1996.

Of the two victims, one died in 2014 due to an overdose. The family claims it was due to the trauma suffered as a child.

The second alleged victim said the process was very stressful and “it is not finished yet. Like many survivors, I experienced shame, loneliness, depression and struggle.”