McCarrick to be defrocked imminently 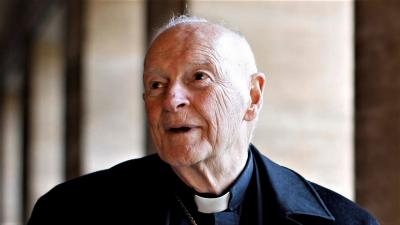 Vatican City – Pope Francis’ decision to defrock ex-cardinal Theodore McCarrick is impending, according to Vatican sources. The verdict of reducing McCarrick to the lay state came after he faced multiple allegations of child abuse http://www.italianinsider.it/?q=node/7625.

At the end of a complex and delicate trial, both in the United States and in the Vatican, the pontiff’s decision will be made public by Thursday. “The Pope has already decided ... the dossier is closed with a precise and peremptory sentence,” Il Messaggero reported quoting Vatican sources.

McCarrick would be the first cardinal to be discharged from the clerical state. This would be an exemplary punishment never recorded in the past regarding numerous similar cases.

For instance, the Scottish cardinal O'Brien, who was also accused of abusing minors, was not defrocked but was ordered to retire to a convent.

McCarrick’s case has undeniably shaken the Church and public opinion given the seriousness of the accusations against him. The Pope therefore ordered a preliminary investigation and subsequently the relative documentation has been sent to the Congregation for the Doctrine of the Faith.