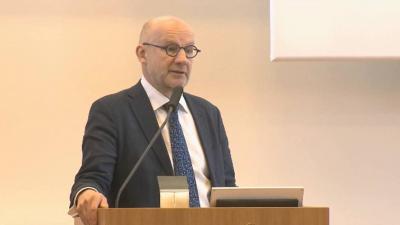 ROME - Finland’s Prime Minister Juha Sipilä set customer orientation of services as one of the strategic objectives of his Governmental Programme. To achieve this goal, Sipilä’s government decided to launch a basic income experiment during its term to find out whether the introduction of a basic income could make the social security system in Finland more inclusive and further increase the labour supply.

In Italy, media reported on the issue, but with negative interpretations, using such terms as ‘failure’, ‘flop’, and ‘unuseful’ to refer to the fact that the employment wasn’t improved by the experiment.

Many Italian media have tried to compare the Finnish experiment with the newly introduced citizenship income in Italy, flying over the facts that are different and incomparable, since the Finnish primary goal was not to increase employment. However, the basic income experiment was an exceptional social experiment in Finland and globally, said Pirkko Mattila, Minister of Social Affairs and Health.

The Ministry of Social Affairs and Health and The Social Insurance Institution of Finland (Kela) agreed on the assessment of the experiment. The assessment of the basic income experiment is carried out by Kela, together with the VATT Institute for Economic Research, the University of Turku, the University of Helsinki, the Labour Institute for Economic Research, and the Finnish Association for Mental Health.

The scientific director of the research project is Programme Director (SRC) Olli Kangas, from the University of Turku, and the administrative director is Research Professor Jaana Martikainen, from Kela.

The Basic Income Experiment Evaluation Project studies the effects of basic income, utilising both registry, survey and interview data. The research results of the subprojects have to be reported in stages during the evaluation research project running from 2019 to 2020.

An analysis based on survey data examines the impact of the experiment on the wellbeing of the basic income recipients. It was introduced during a seminar and the results got widespread attention on the international media.

What makes the experiment unique is that participation was not voluntary. A total of 2,000 people were randomly selected for the experiment, which was implemented in 2017-2018. For a period of two years, the participants received a monthly basic income of 560 euros.

The participants received this sum automatically every month, regardless of whether they had some other income or not, without any needs assessment, and with no conditions attached. Furthermore, they were not required to pay tax on basic income.

“Typical employment relationships are becoming increasingly common, and our social security system does not fully cater to the needs of modern working life. The basic income experiment allowed us to explore more flexible ways of accepting employment, and to find out how financial incentives affect the acceptance of job offers,” said Minister Mattila in her speech at a seminar on the preliminary results of the experiment held on Feb. 8.

The objective of the basic income experiment was to identify ways of simplifying the social security system, eliminating excessive bureaucracy and removing incentive traps, and it seems to have had positive effects on the perceived wellbeing of the participants. When the participants and a reference group were asked to assess their health, the participants were more positive in their assessment.

They also felt that the social security system involved less bureaucracy than the reference group did. Based on the results of the first year of the experiment, the impact on employment appears modest.

“The basic income experiment produces unique data on the various factors affecting human behavior, employment and wellbeing. Even though the basic income model developed for the experiment is not likely to be adopted as such for more extensive use, I think the experiment was very successful. We can use the data from the experiment to redesign our social security system; that is going to be the next major reform,” said Minister Mattila.

“The basic income experiment has attracted much interest around the world, and it has had a positive impact on the Finland brand. We are perceived as a country that has the ability to look at things from a new perspective and to gather additional information,” Minister Mattila concluded. The international media attention around the experiment has been unprecedented in the Finnish scale.

We had the chance to put some questions to professor Olli Kangas, ‘father’ of the project.

Are you satisfied about the first results (2017) of the test on BI (Basic Income)?

“I am satisfied, yes. The only reservation is that we got very few responses to our survey part. However, the main findings can be summarised as follows:

No employment effects, thus the money paid did not make the receivers lazier than the control group

But neither enchanted the Bi employment

Mass-media in Finland has concentrated only on the latter point.”

Could you say that the target for Finland of the BI could be applied to all the population in future?

“Not this model, because there was no taxation included to collect BI back when income from work increases.”

On the whole, the test has been useful or unuseful?

“I think that is has been useful in many ways and compels us to think the basic questions: how much, to whom and on what grounds.”

Is it correct to say that the main goal of the test was to rationalise the benefits' system in Finland more than a way to improve employment?

“In the very beginning the government wanted us to study if BI is good for employment. Later, in parliamentary discussion the parliamentary committees wanted to add wider welfare aspects to be studied in the experiment. Thus, the primary motivation was employment, then bureaucracy and then welfare of the recipients.”

Professor Olli E. Kangas is Director of the Equal Society program, Strategic Research/Academy of Finland and Professor of Practice at the Department of Social Sciences at the University of Turku, Finland. His latest book: Olafsson Stefan, Daly Mary, Kangas Olli and Palme Joakim (eds.): Welfare and the Great Depression: a Comparative Study. Oxford: Oxford University Press (2019).