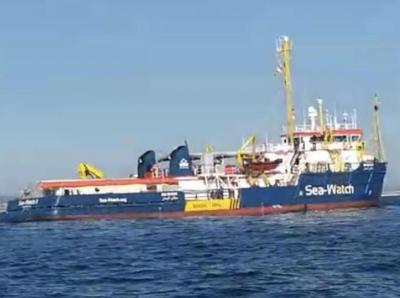 SYRACUSE – The European Court of Human Rights (ECHR) has compelled Italy to provide assistance to migrants on board the NGO-operated vessel Sea Watch 3 which remains stranded off the coast of Sicily. However, the ECHR denied allowing the migrants to disembark the stranded rescue boat.

“Yes to assistance on board, no to the request for landing.” This is the position of the ECHR on the case of the Sea Watch 3 ship, with the court asking the Italian government to “take all necessary measures, as soon as possible, to provide adequate medical care, food, water and basic necessities” to all migrants on board.

Yet, the ECHR does not accept the migrants’ “request to be disembarked.” The ship, the Court continued, “has not been authorised to enter the port and the migrants complain of being detained on board without a legal basis, suffering from inhuman and degrading treatment, with the risk of being sent back to Libya without their situations having been assessed individually.”

On Tuesday French President, Emmanuel Macron, stated, “Yes to redistribution of migrants,” stressing the need to apply “the principle of disembarkation in the nearest port, that is Italy.”

Italian Prime Minister Giuseppe Conte then announced the identification of five countries that the migrants could be transferred to. “We have the availability for the relocation of migrants by Germany, France, Portugal, Romania and Malta,” said Conte.

“I take this opportunity to express gratitude to the friendly countries that have given their availability in the perspective of a redistribution of migrants,” declared Conte. "I urged my colleagues,” he added, “to find the tools and the strength to converge towards a shared mechanism.”

Interior Minister Matteo Salvini also spoke of the green light to the distribution of migrants. “Until yesterday, Europe did not care, it was used to treating Italy as a refugee camp. As it happens, in the past few hours the European Commission has begun to shift, Germany has declared itself willing to welcome migrants, as well as other countries,” said Salvini.