A New Spectre Is Haunting Europe 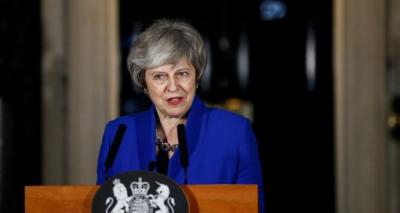 In 2008, governments spent the astounding amount of 62 trillion dollars to save the financial system, and close to that amount in 2009 (see Britannica Book of the Year, 2017), According to a U.S. Federal Reserve study, it cost each American 70,000 dollars.

Belatedly, economic institutions left macroeconomics, which were until then used to assess GNP growth and started to look at how growth was being redistributed. And the IMF and the World Bank, (also because of the prodding of civil society studies, foremost those of Oxfam), concluded that there was a huge problem in the rise of inequality.

Of course, if the those trillions of dollars had gone to people, that money would have led to a jump in spending, an increase in manufacturing, services, schools, hospitals, research, etc. But people were totally absent from the priorities of the system.

Under the Matteo Renzi government in Italy, 20 billion dollars went to save four banks, while in the same year total subsidies for Italian youth could be calculated at best at 1 billion dollars.

Then after the crisis of 2008-2009, all went haywire. In every country of Europe (except for Spain, which has now caught up), a populist right-wing party came to life, and the traditional political system started to crumble.

The new parties appealed to the losers of globalisation: workers whose factories have been delocalised for the cheapest possible place to maximise gains; small shop owners displaced by the arrival of supermarkets; those made redundant by new technologies, by Internet like secretaries; retired people whose pensions were frozen to reduce the national deficit (in the last 20 years public debts have doubled worldwide). A new divide built up, between those who rode the wave of globalisation and those who were its victim.

Obviously, the political system felt that it was accountable to the winners, and budgets were stacked in their favour. Priority went to towns, where over 63 percent of citizens now live. The losers were more concentrated in the rural world, where few investments were made in infrastructure. On the contrary, in the name of efficiency, many services were cut, railway stations closed, along with hospitals, schools and banks.

In order to reach work, people often had to go several kilometres from home by car. A modest increase in the cost of petrol fuelled the rebellion of the ‘yellow jackets’. It did not help that out of the 40 billion that the French government obtains from taxes on energy, less than one-quarter went back into transportation infrastructure and services.

Universities, hospital and other services in towns suffered much less, were points of excellence, public transportation was available, and a new divide arose between those in towns and those from the rural world, those with studies and education and those who were far away and atomised in the interior.

A new divide had come about, and people voted out the traditional party system, which ignored them. This device brought Trump to power and led to the victory of Brexit in the United Kingdom. This divide is wiping the traditional parties, and bringing back nationalism, xenophobia and populism. It is not bringing back the ideological right wing, but a gut right and left with little ideology …

All this should be obvious.

Now, for the first time, the system is turning its attention to the losers, but is too late. The left is paying the dramatic illusion of Tony Blair who, considering globalisation inevitable, decided that it would be possible to ride its wave. So, the left lost any contact with the victims, and kept the fight on human rights as its main identity and difference with the right.

That was good for towns, where gays and LGBTs, minorities (and majorities like women), could congregate, but it was hardly a priority for those of the interior.

Meanwhile, finance continued to grow, become a world by itself, no longer linked to industry and service, but to financial speculation. Politics became subservient. Governments lowered taxes on the who stashed the unbelievable amount of 62 trillion dollars in tax havens, according to the Tax Justice Network. The estimated yearly flow is 600 billion dollars, double the cost of the Millennium Goals of the United Nations.

And the Panama Papers, which revealed just a small number of the owners of accounts, identified at least 140 important politicians among them from 64 countries: the prime minister of Iceland (who was obliged to resign), Mauricio Macri of Argentina, President Petro Poroshenko of Ukraine, a bunch of close associates of Vladimir Putin, David Cameron’s father, the prime minister of Georgia, and so on.

No wonder that politicians have lost their shine, and are now considered corrupt, or useless, or both.

In the current economic order, Emmanuel Macron acted rationally by lowering the tax on the rich people to attract investments. But he totally ignored that for those French who have difficulty in reaching the end of the month, this was proof that they were being totally ignored. And sociologists agree that the real ‘Spring’ of the yellow jackets was their search for dignity.

Ironically, British parties, and especially the Conservative and Labour parties, should be thankful to the debate on Brexit. It is clear that the United Kingdom is committing suicide, in economic and strategic terms. With a ‘hard’ Brexit, without any agreement with the European Union, it could lose at least seven percent of its GDP.

But the divide which makes Brexit win with all towns, the City, the economic and financial sector, academics, intellectuals and all institutions has confirmed the fear of those of the interior. Belonging to the European Union was profitable for the elites, and not for them. Scotland voted against, because it has now a different agenda from England. And this divide is not going to change with a new referendum.

That the cradle of parliamentarian democracy, Westminster, is not able to reach a compromise is telling proof that the debate is not political but a clash of mythologies, like the idea of returning to the former British Empire. It is like Donald Trump’s idea of reopening coalmines. We look at a mythical past as our future. This is what led to the explosion of Vox in Spain, by those who believe that under Franco life was easier and cheaper, that there was no corruption, woman stayed in their place, and Spain was a united country, without separatists in Catalonia and the Basque Country. It is what Jair Bolsonari in Brazil is exploiting, presenting the military dictatorship at a time when violence was limited. Our future is the past …

So this divide – once in one way or another the United Kingdom solves its Brexit dilemma – will pass into normal politics, and will bring about a dramatic decline, like elsewhere, of the two main traditional parties. Unless, meanwhile, populist, xenophobe and nationalist parties take over government and show that they do not have the answer to the problems they have rightly identified.