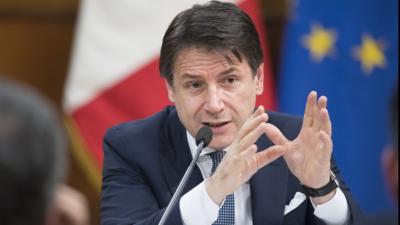 NIAMEY - Prime Minister of Italy Giuseppe Conte is calling for Europe to invest “more in the Trust Fund for Africa and in cooperation processes,” and said, “No more deaths in the Mediterranean” at a press conference with Niger President Mahamadou Issoufou in Niamey Tuesday, Il Fatto Quotidiano reports.

On the first stop of a two day visit to Niger and the Republic of Chad that is fundamental to the political stability and security of the Sahel, Conte advised that the European Union should boost Africa’s trust funds if it wants to stem migrant flows. “It is useless to think of combatting the phenomenon only by turning on the TV spotlights on emergency situations, we must intervene at the origin of the phenomenon,” he said.

Conte described the risk of Europe “collapsing under the weight of the unresolved problem of immigration” as “very serious”. Despite the European Union's affirmation of new principles months ago, Conte voiced his concern at having seen no development towards achieving “a stronger, responsible, fair, and supportive Europe.”

“We can say that today Niger has become the southern border of the Mediterranean,” added the prime minister, who highlighted that the number of migrants leaving Niger for Libya and Algeria is “drastically reducing.” The consequence for Italy is the reduction of migrant landings of “over 80 per cent.”

Conte also spoke about the integral role that Niger plays in the safety and stability of the Sahel and in the interests of North Africa and accordingly of Europe, adding that his visit to Niger is “an act of paying tribute to President Issoufou’s leadership and the results his government is achieving in the fight against terrorism and criminal groups orchestrating human trafficking. Many people who fall into their hands often lose their lives in the desert or even in the Mediterranean: this is not what we want.”

Conte stressed the need to use financial resources to counter terrorist activity and human trafficking by acting “in an integrated way: on our own we cannot do it.” The prime minister voiced how Italy has already put in place numerous initiatives for the socio-economic benefit of Niger, saying that “We have a know-how that we willingly spend on the security of your country, starting with the formation of the Nigerian armed forces.” Conte then guaranteed that Italy, which in Niger already has a mission involving 92 soldiers, “is also willing to increase efforts to train local armed forces, including special forces.”

The common goal of Italy and Niger, Conte said, is to “fight” human trafficking and “to continue working in this direction, linking and joining efforts.” This is why he is urging Europe to “do more, for Africa and for itself.” On the second stop of his visit Wednesday, Conte is meeting with President Idriss Déby in the Republic of Chad.